A short summary of events:

News headlines were dominated last week by the US presidential elections. Prior to November 8th the markets were anticipating a Clinton win (albeit by a small margin). Bookmakers had HRC anywhere between 70% and 90% to win. Well they were all proved spectacularly wrong as Donald Trump cruised to victory.

Prior to the elections, the overwhelming sentiment was that in the case of a Trump win, risk assets would get crushed. That sentiment proved to be correct, but only for a few hours. For reasons unknown, after being locked at -5% for some time, US equity indices started to rally back. We have read lots of “explanations” for this price action but we are mostly unconvinced by them. The bottom line is that a steady and relentless bid came in and it didn’t stop until all indices were green and the Dow Jones index hit all-time highs the next day. We can only shake our heads in disbelief and feel sorry for the people whose stops got hit during these extraordinary moves.

The markets (and general narrative) seem to think that Donald Trump will actually not be that different from the previous status quo. He has already backtracked in a few of his campaign arguments and his announced plan for a Dodd-Frank repeal has given bank stocks a big boost & also shows his unwillingness to disturb the establishment. It seems that the Oval Office has a magical power that turns even the most aggressive and extreme politicians (Trump certainly qualifies) into mainstream figures.

If we look at the big picture, there seems to be one clear outlier in the broad reaction following the Trump victory. Bonds fall, Commodities/PMs fall, equities rally. If things are as rosy as markets believe for the US and the following things occur:

Then surely the fuel that has sent equities on a 300% rally since 2009 will have been spent. The age of extraordinarily loose monetary policy will have finally come to an end and stocks will be likely to experience a Wile. E. Coyote moment.

In any case, that’s what logic dictates. But it seems that logic deserted the markets a long time ago so you might want to have your S&P 3000 hats ready. Just in case. 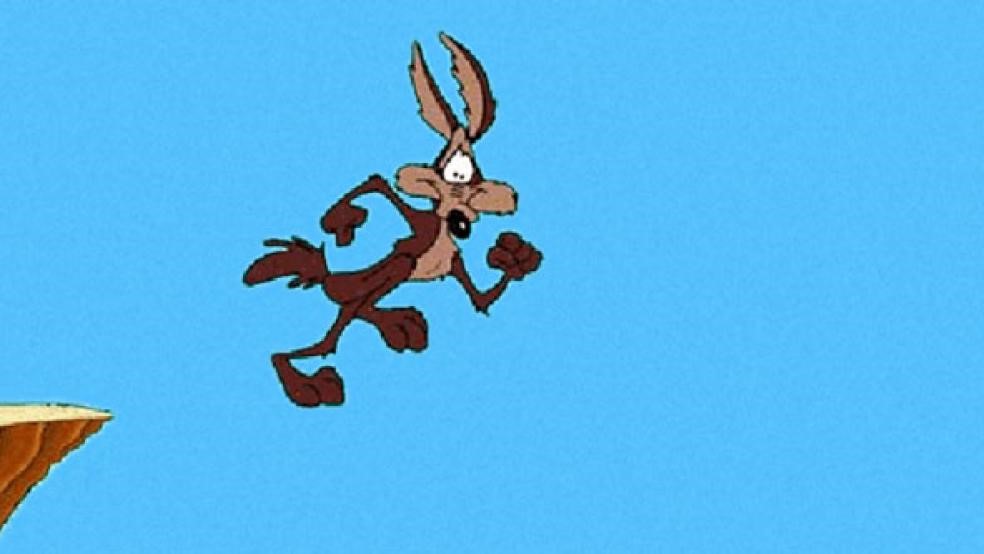 The market reaction to Trump’s unexpected prevalence initially hit risk sentiment and the $ very hard. The markets, months ago, had decided that Trump’s election -albeit a far fetched scenario- would be extremely harmful to the US economy. How do we know that? Simply by examining what happened every time that something increased or decreased the priced in possibility of such an event. Was that the right assumption? In our opinion, it was a justified one for several reasons.

First of all Trump pointed to a seismic change in USA’s global trade position the results of which in the best case of scenarios would not have proved growth positive. A second issue had to do with his hostile approach to institutions like the FED and his intention to cool down the ultra loose monetary policy (which like it or not is one of the main reasons financial assets are performing as well as they do). A third reason had to do with his vague declarations about his targeted economic policies, anybody with some experience in trading the markets can tell you that there is nothing more damaging to sentiment than uncertainty.

We can add a dozen more reasons but point remains, the market participants expected a risk off and $ negative reaction that would last for at least several weeks, (until at least Trump watered down his rhetoric and his approach on several key issues) and that is what they got. The $ was plunging, bonds and gold were being bought like there was no tomorrow, US futures were stuck at limit down, Asian stock markets were being “destroyed” and the safe heaven currencies Yen & CHF were appreciating faster than the SNB and Kuroda could pray for help. Here is a 4h view of some of the relevant tickers: 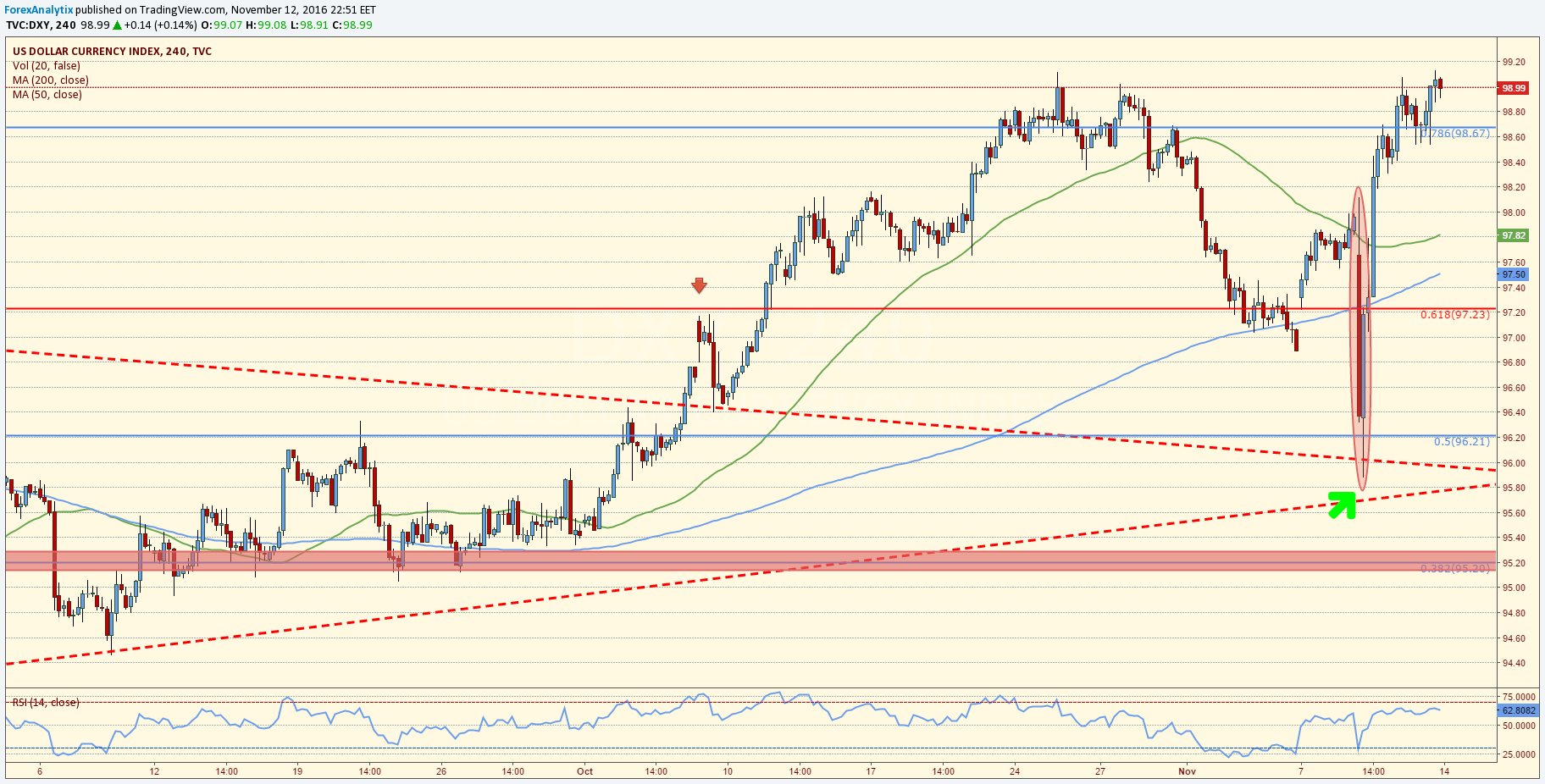 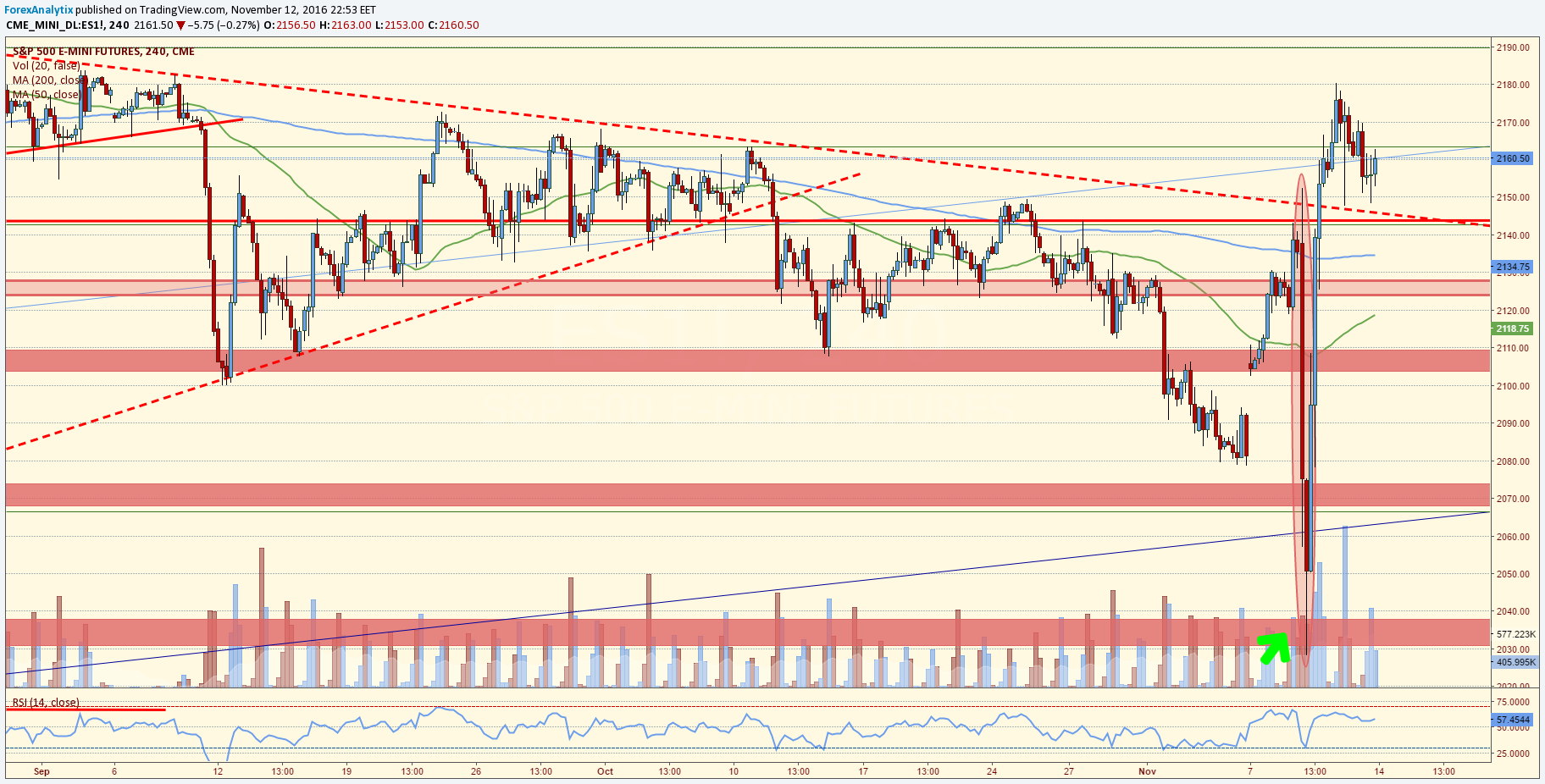 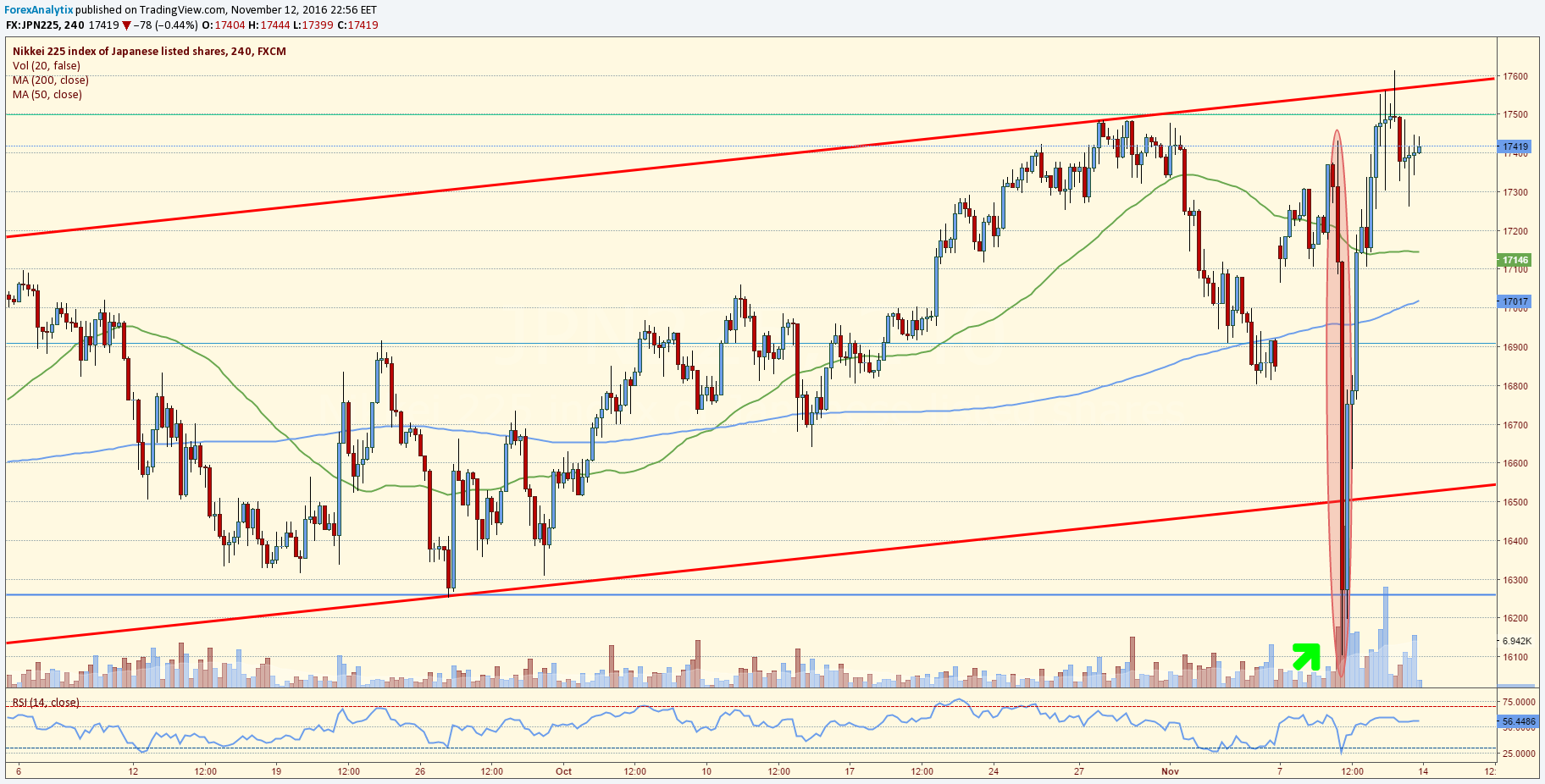 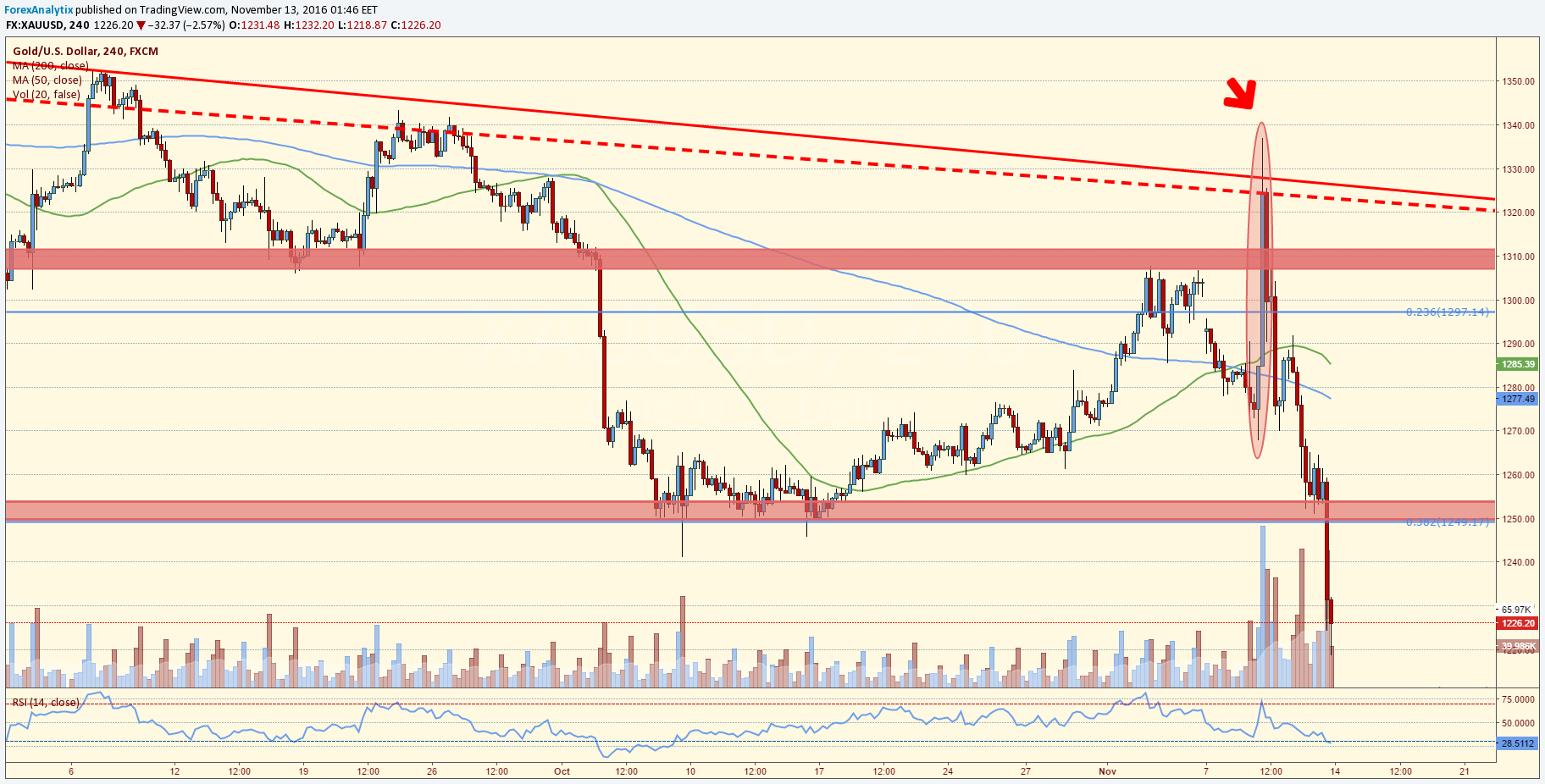 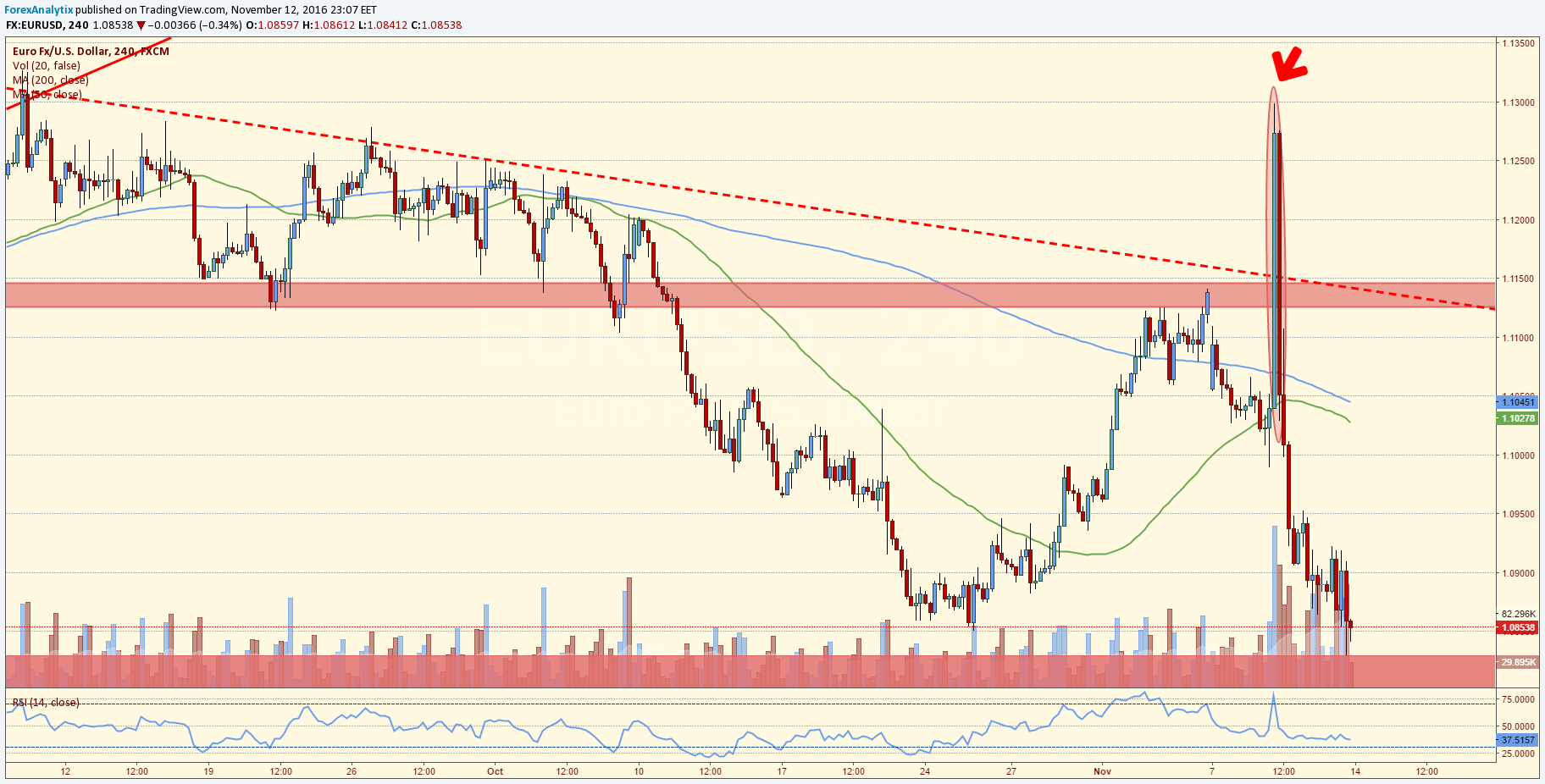 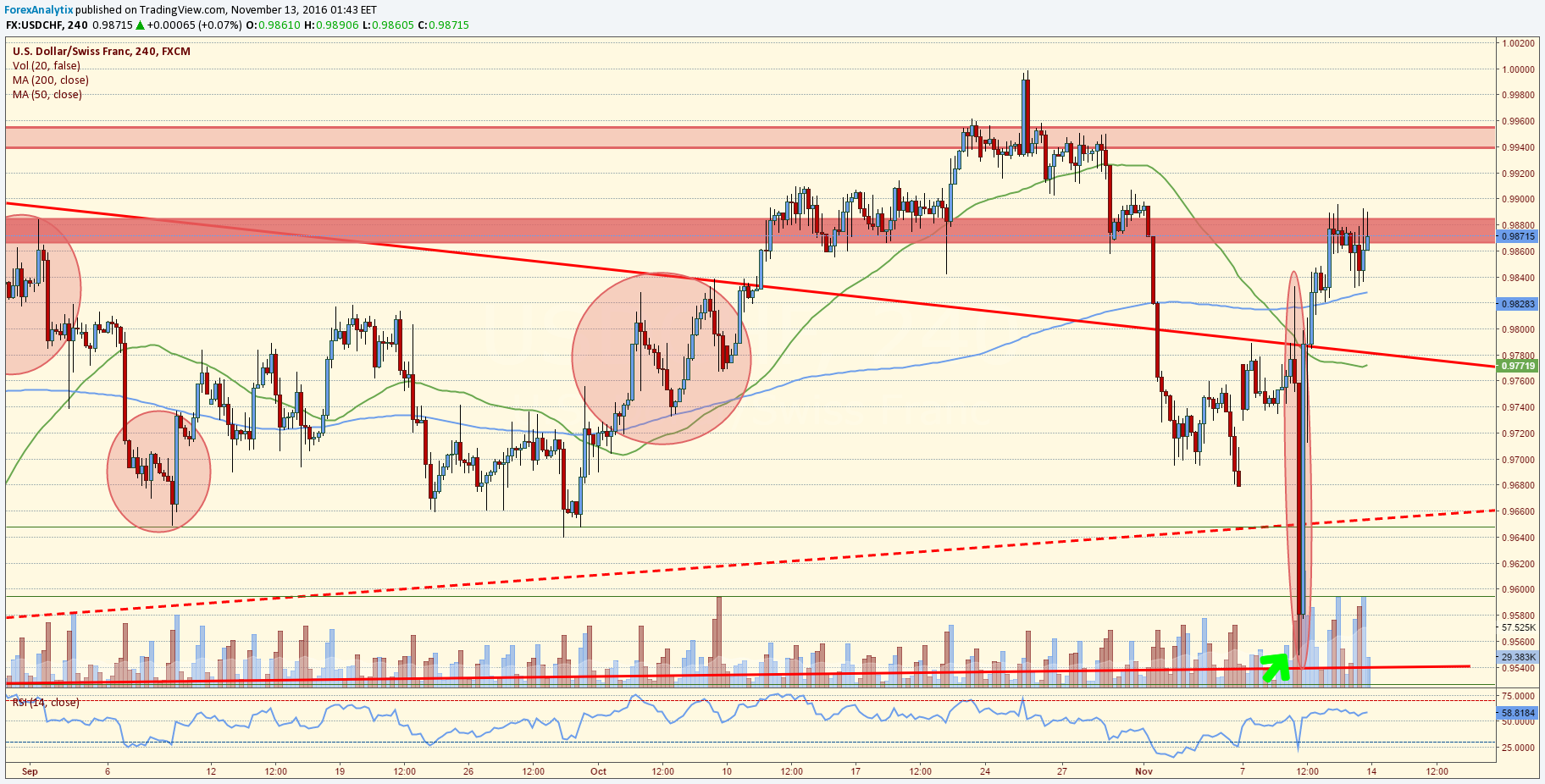 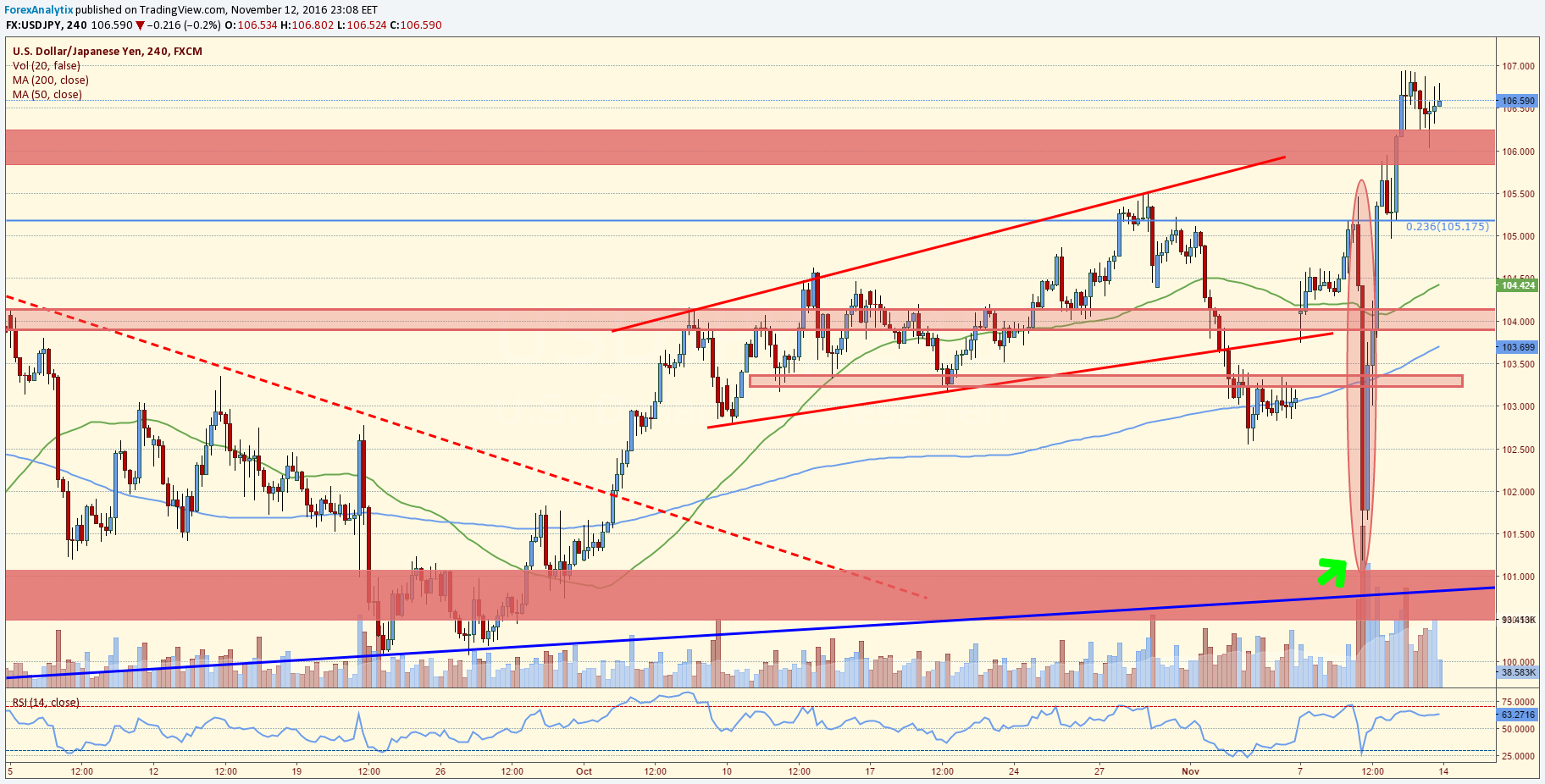 Trump’s victory was unexpected and caught the market off guard but the reaction to it was exactly what the markets had discounted as “anticipated”. What was totally unanticipated was the huge reversal that followed with all the aforementioned markets whipsawing investors and closing the day as if the short term memory of all market participants got erased and replaced by a reality in which Clinton won. Below you can see (this time on daily charts) the huge candlestick wicks that were left behind as a result of such price action and the technical reversals that were registered almost across the board. 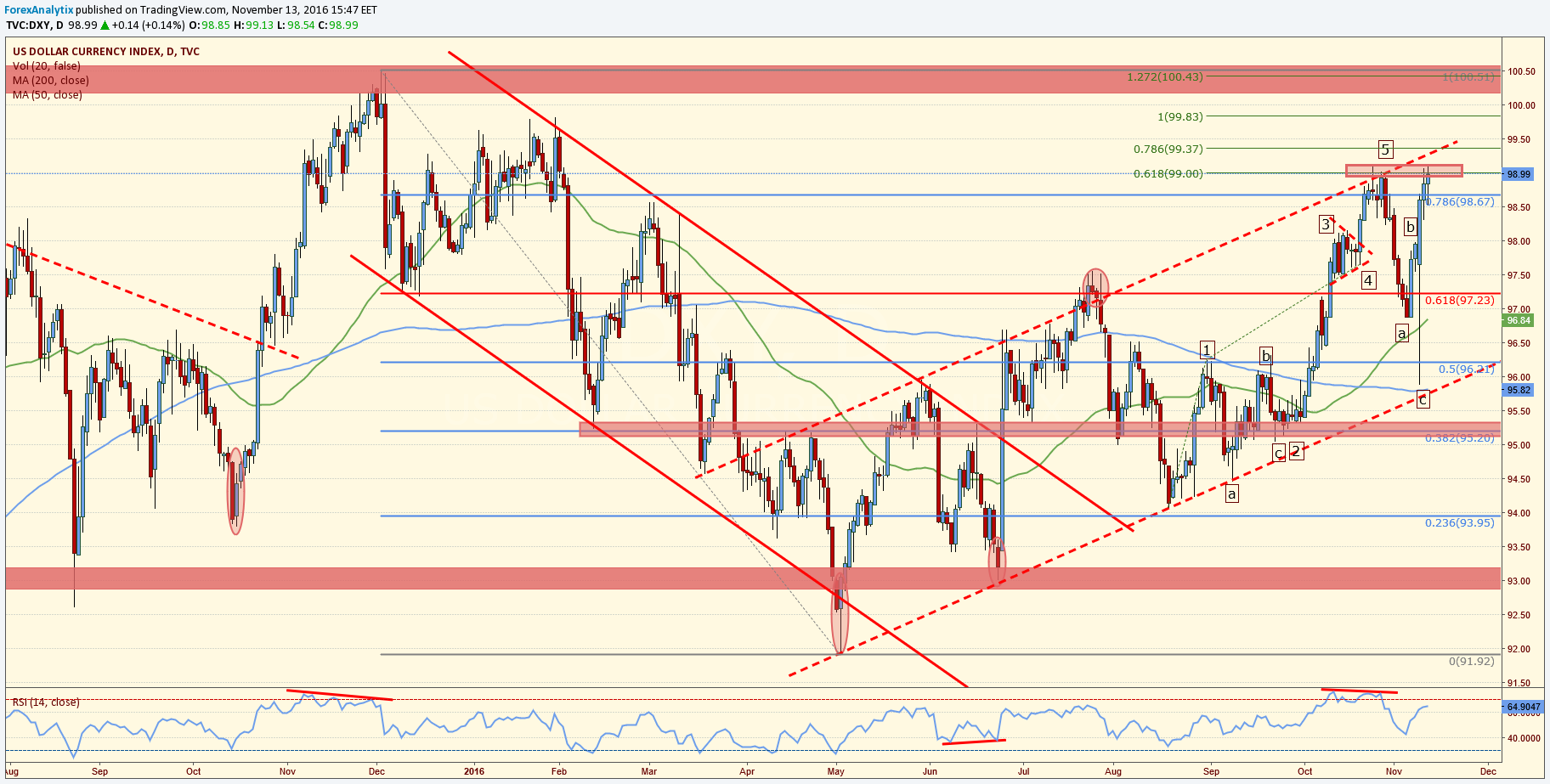 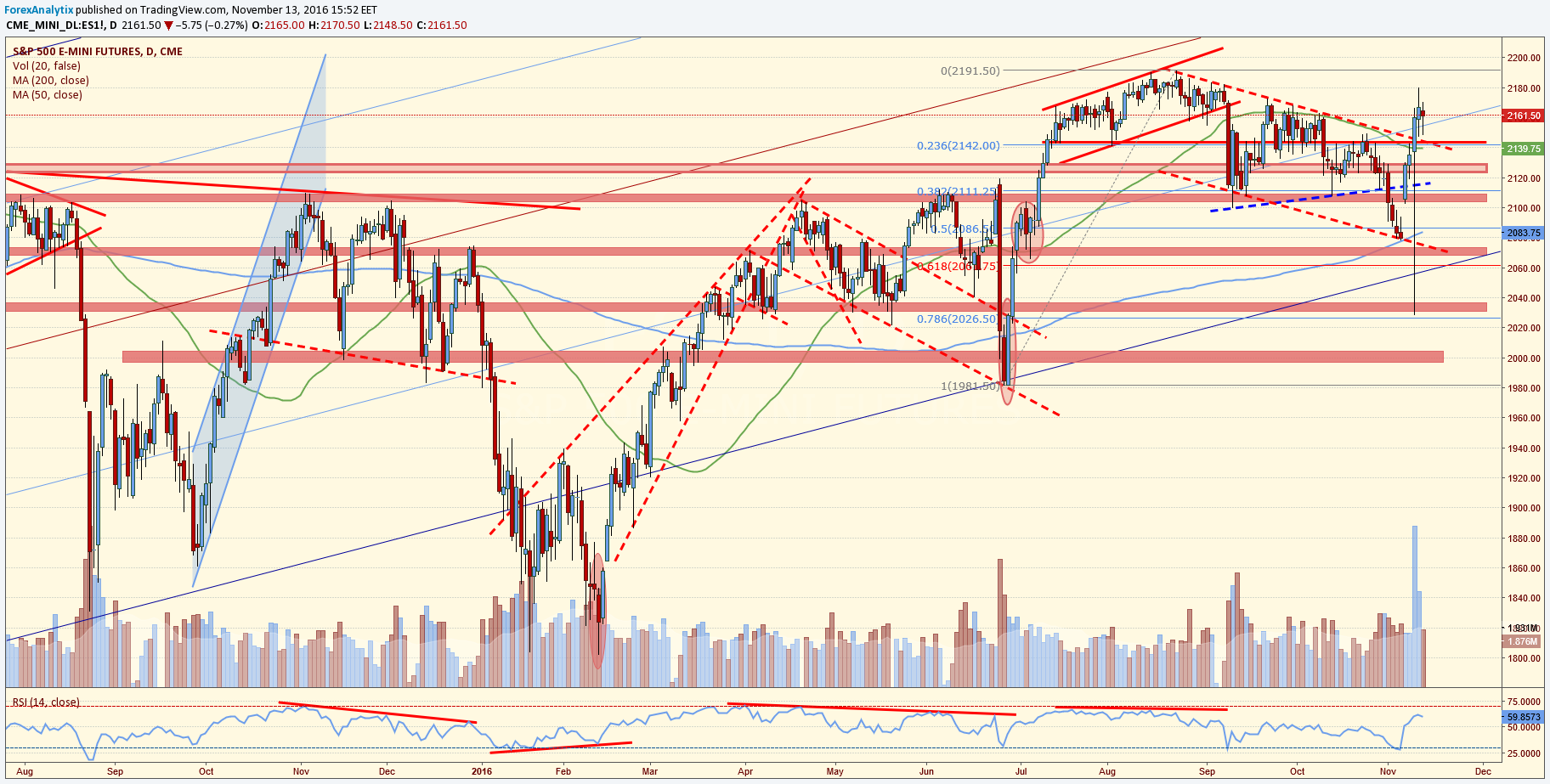 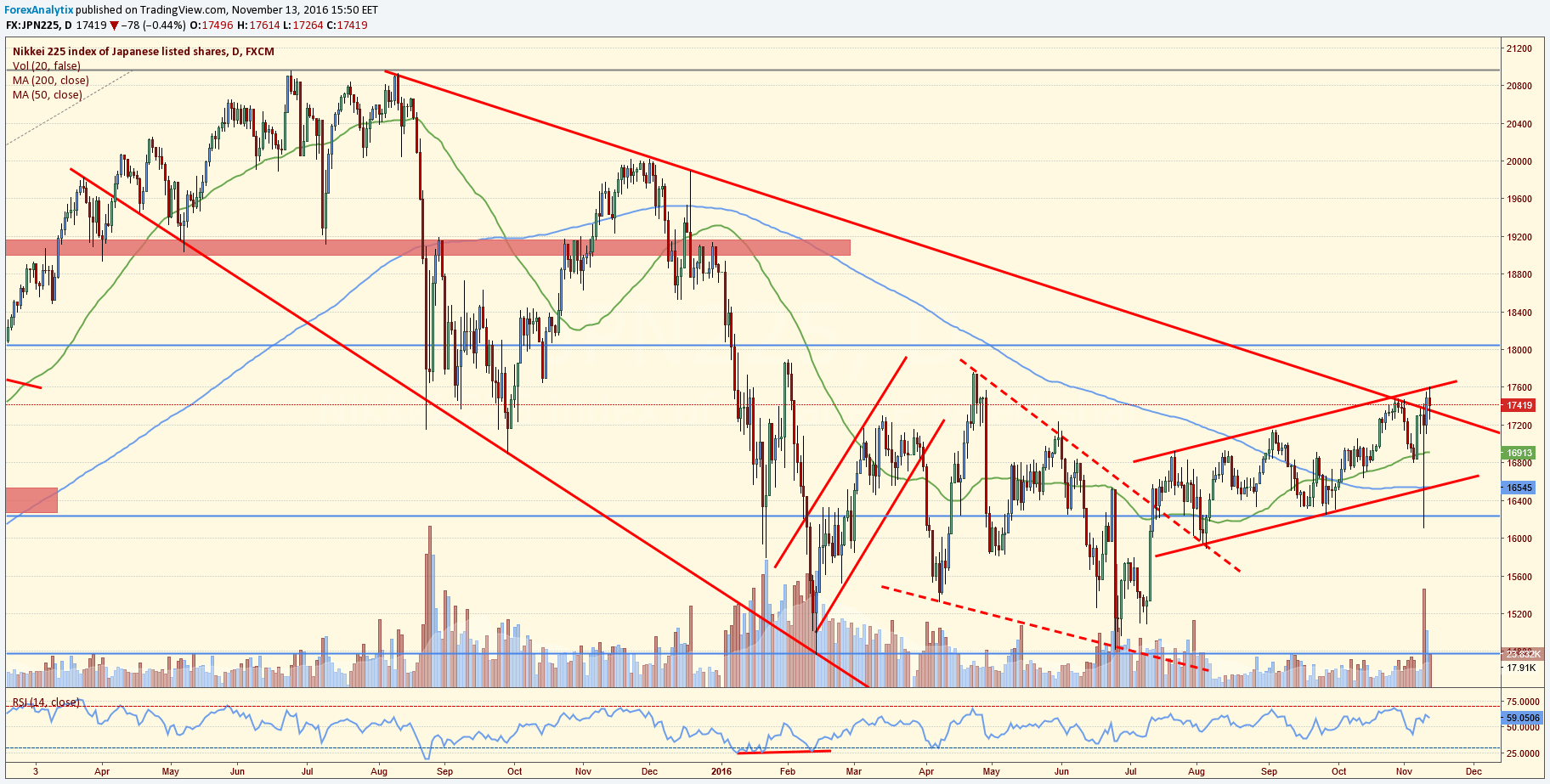 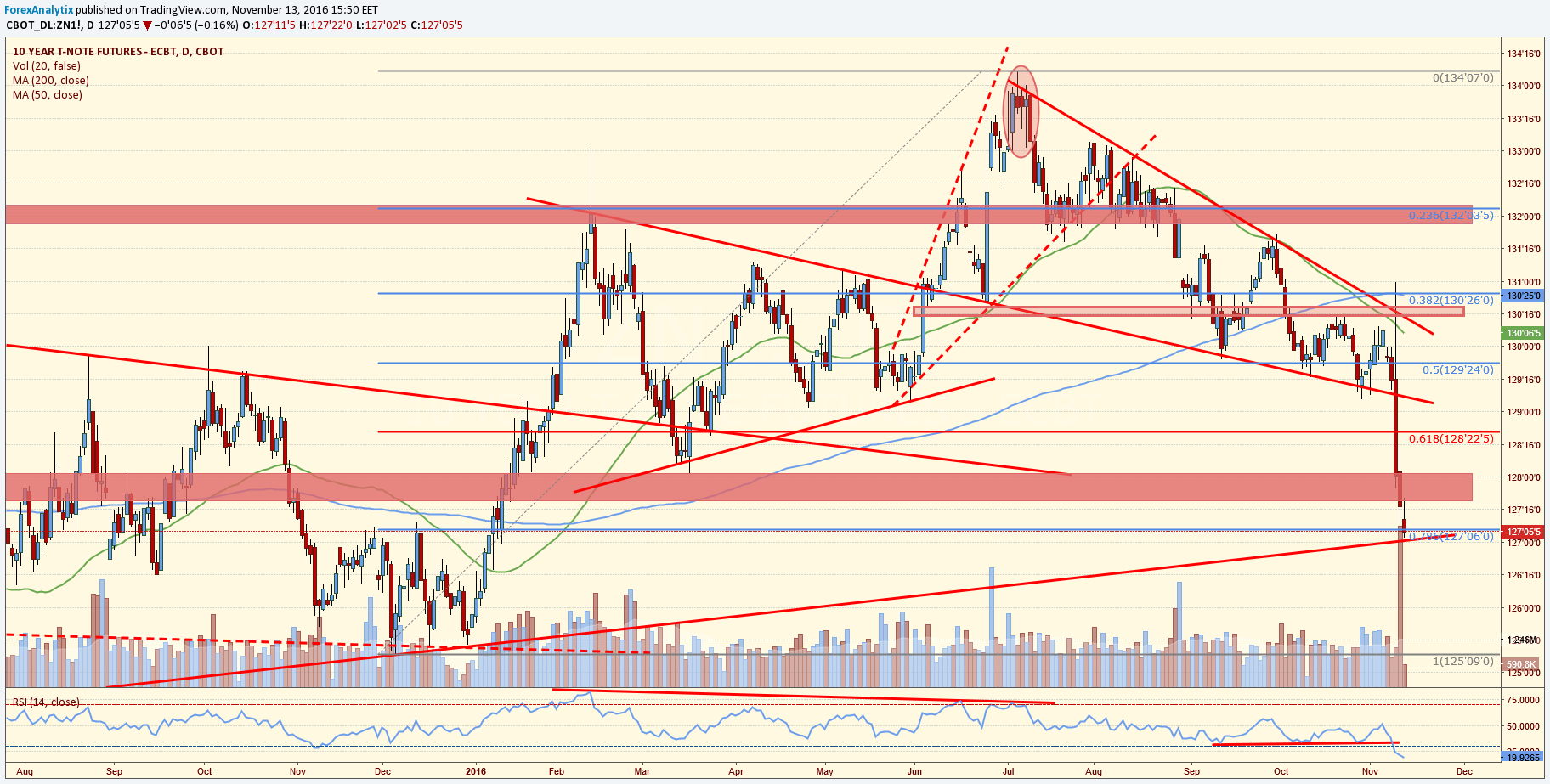 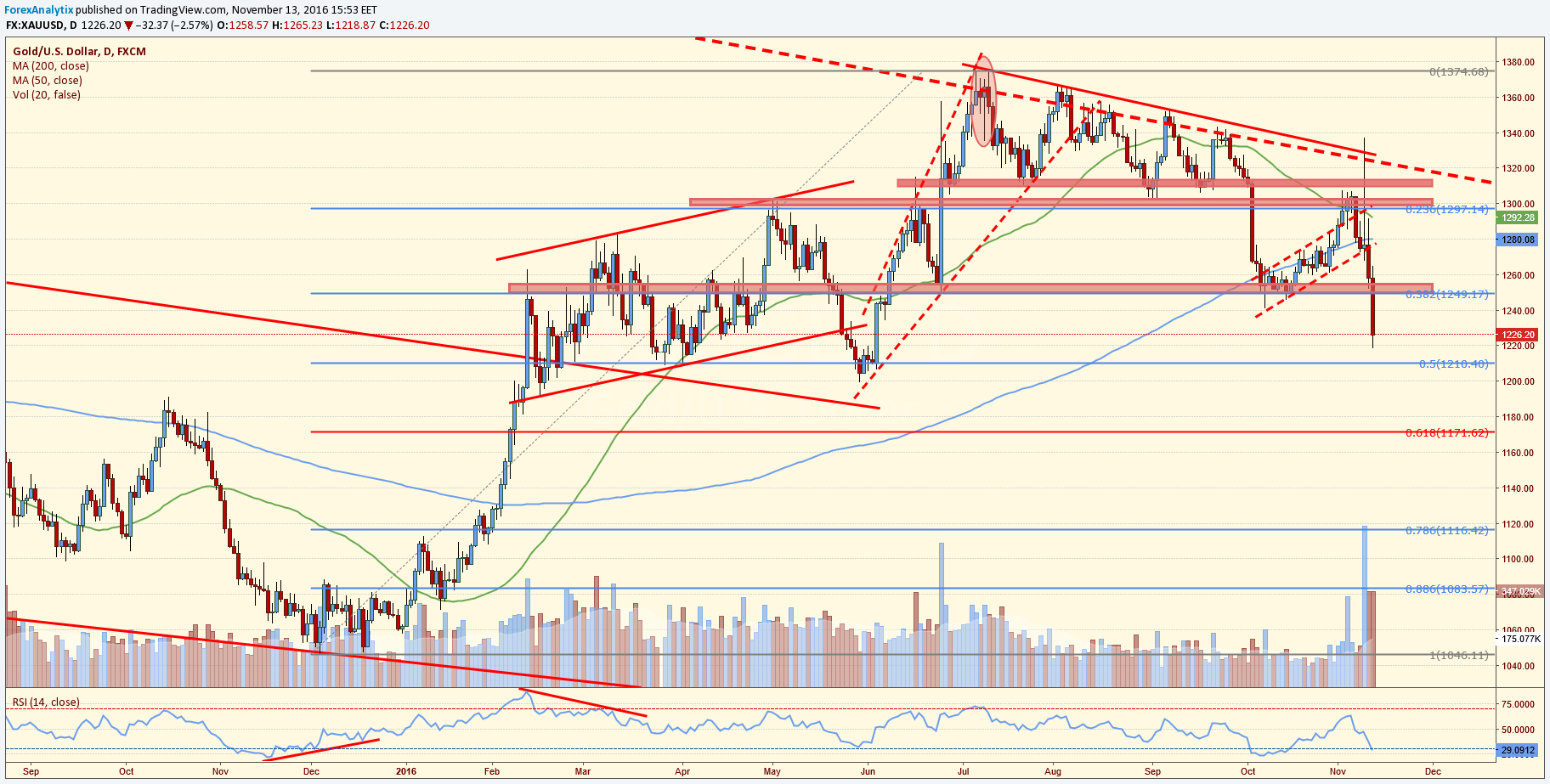 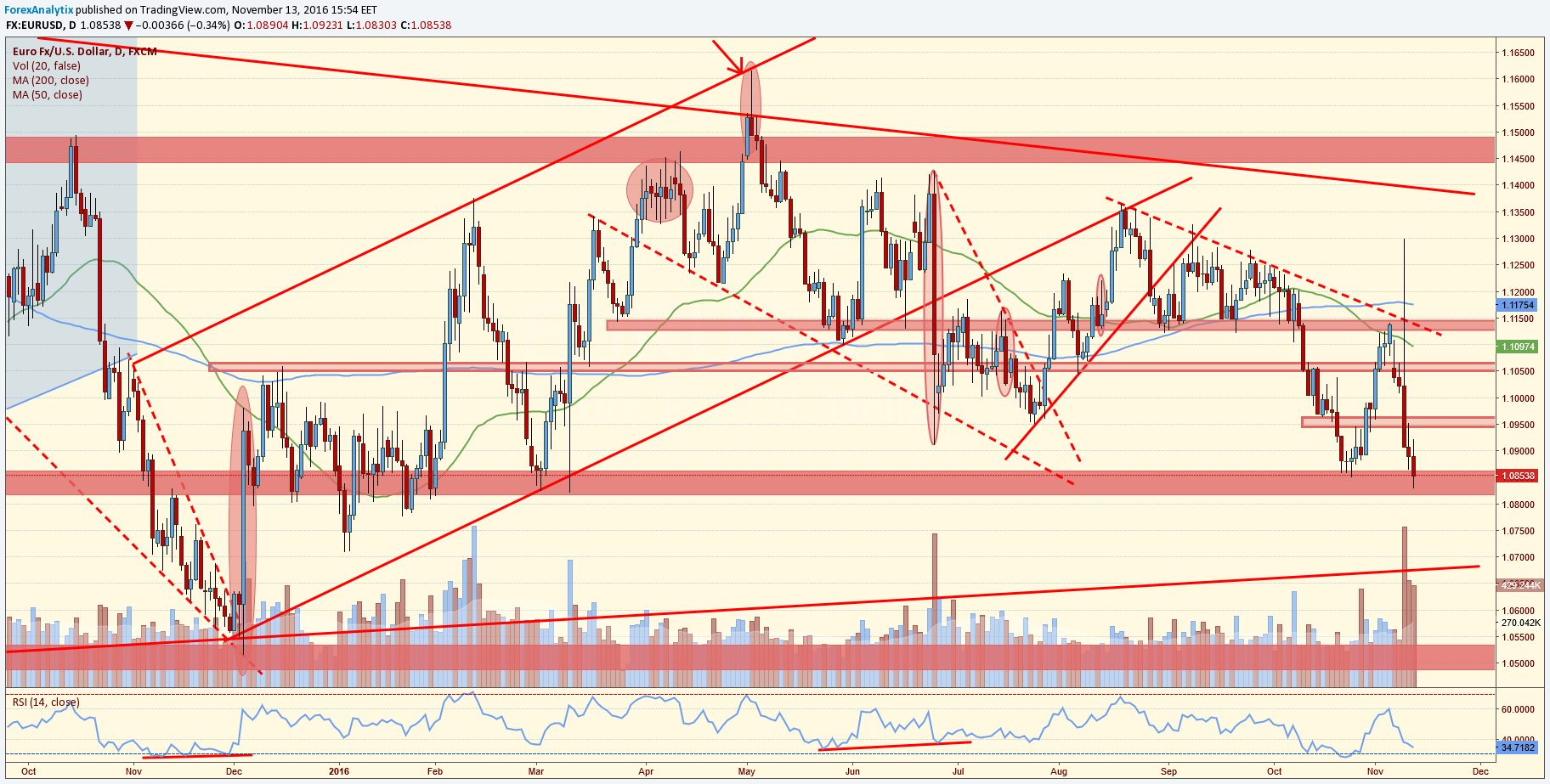 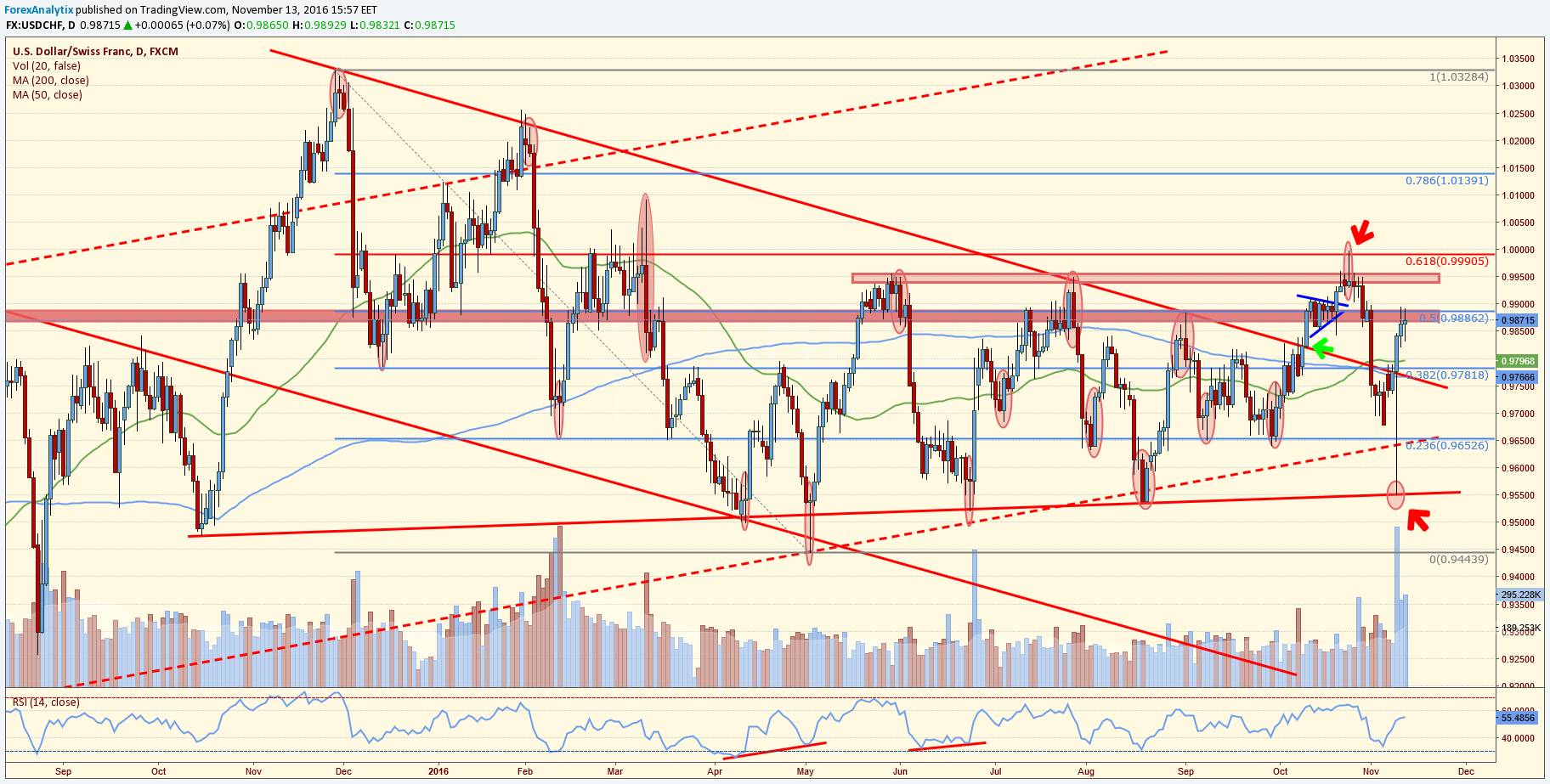 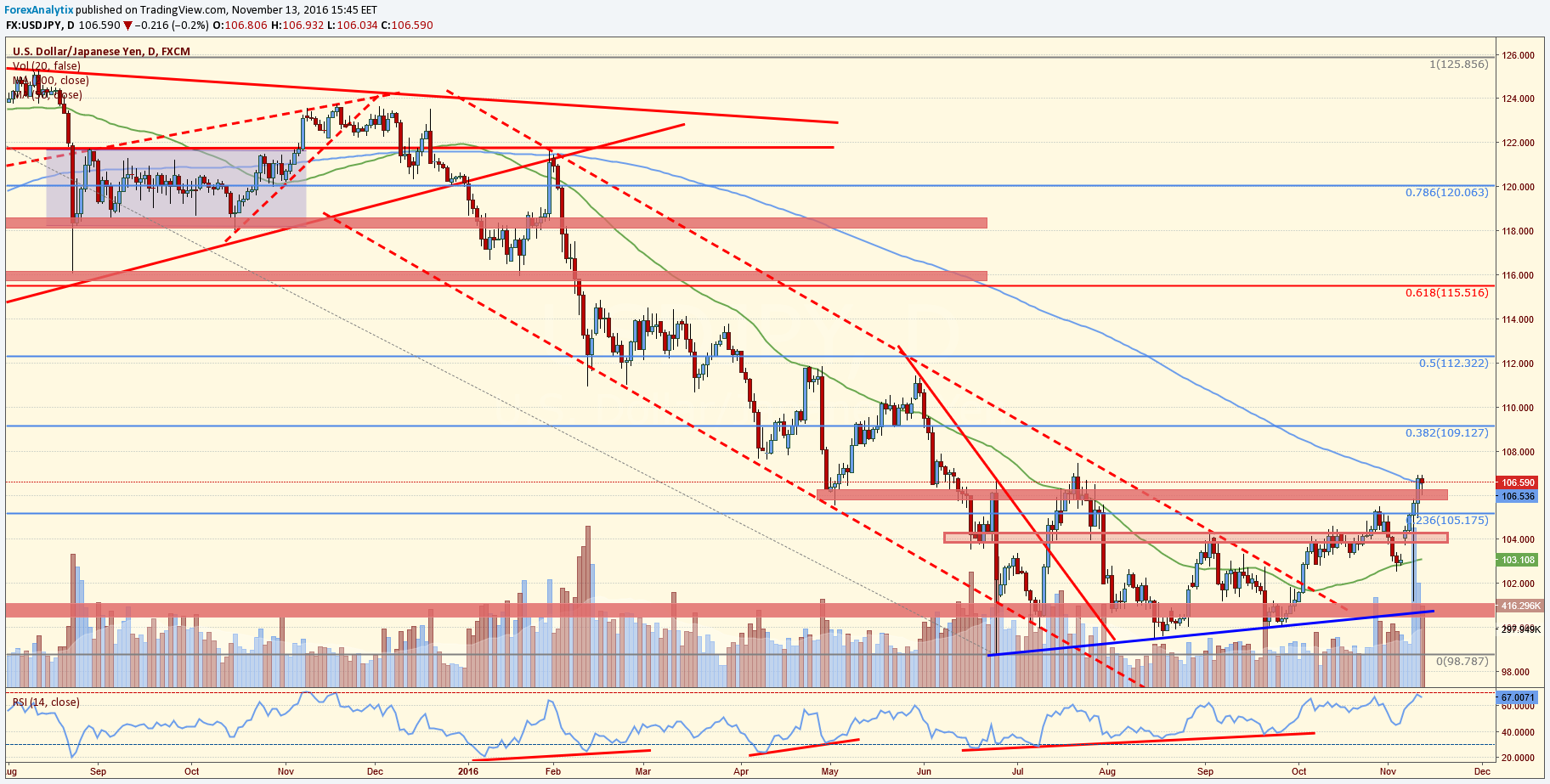 The vast majority of the moves that took place during the night of the US elections and the day that followed had extraordinary volumes behind them and constitute big reversals. Experience says that such moves should be respected by investors and should be faded only when there is high conviction to a trade and while strictly respecting the risk/ reward and capital preservation “rules”. Keep in mind that after such violent swings short term pullbacks do tend to follow but those are statistically proven to provide an opportunity to join the move more often than to indicate the start of a reversal.

The Forex Market and the U.S. Presidential Elections

Is the CAD set to surprise to the upside?
Scroll to top