You are here: Home / USDMXN: Multiple signs point to a reversal!

Mexico has been in the spotlight in the past couple of years, mainly due to Donald Trump’s tough stance against it in the run-up to the US Presidential elections. But, politics aside, let’s take a look and see if the recent extreme market movements are justified by the underlying fundamentals.

Mexico is one of the world’s most populous countries at 112 million people, with its GDP currently being the 15th largest in the world, in nominal terms. It has a rapidly growing electronics industry – currently sixth in the world – and it also has a huge automobile production capacity. Furthermore, it has a high income from tourism enjoying millions of tourists each year, ranking 23rd in the world and the highest in Latin America. 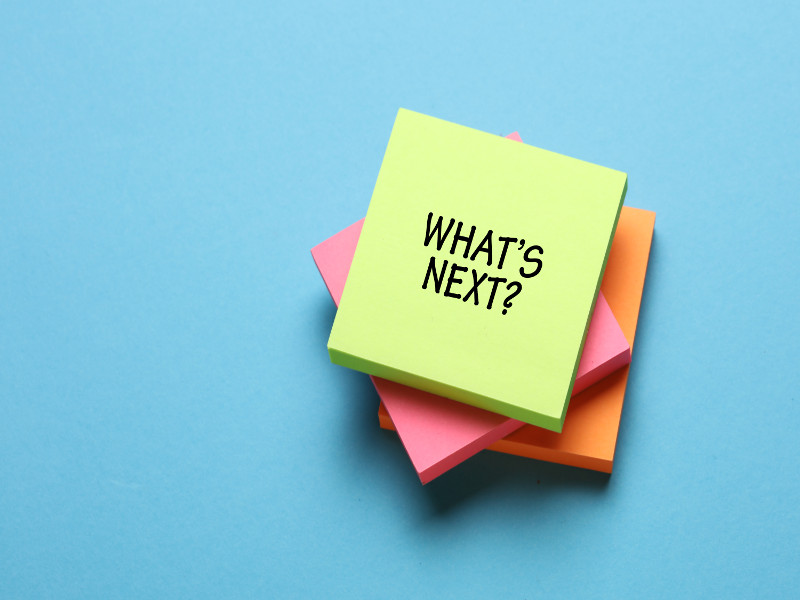 Its energy production is state-owned and it stands at 3.7m barrels per day (6th largest oil producer in the world). It’s worth noting that oil export dependency has dropped from 60% to roughly 10% within two decades and that it also has the 3rd largest solar potential in the world. As such, it’s very well positioned for the changing energy requirements of the world.

Here are some of Mexico’s major economic indicators over the past decade:

Having considered all the above, the question that we need to ask is: is the recent MXN depreciation vs. the US Dollar justified or sustainable? After all, USDMXN has moved from 13 to nearly 22 – nearly  70%! – within two and a half years.

Mexico seems to have decent fundamentals overall, and its major economic indicators are healthy. It remains a relatively cheap country in terms of average GDP per capita and hourly wage costs, so local production of goods & services should continue to be strong.

On the negative side, it’s worth noting that Mexico has the second highest economic disparity between extremely poor & extremely rich among OECD countries. However, the main reason why the Peso has been vulnerable in the past couple of years is Donald Trump. When it comes to corporate investment and jobs, his “war” on Mexico has been relentless. He made it one of his main campaign points to return jobs & production from Mexico back to the US. There have already been a couple of blockbuster announcements, the most notable one being Ford scrapping a $1.6bn plant in Mexico and opting instead to spend $700m in Michigan. This all sounds nice and patriotic, however one must also look at the long-term feasibility of such corporate decisions and search the reasons why such seemingly uneconomic plans could be made. Could this be just a clever publicity stunt, or is it a legitimate long-term policy?

Following Trump’s inauguration speech, the markets were somewhat surprised by the lack of aggression against Mexico. The market feels like it’s overextended against the MXN and close to a turnaround. It will certainly be a volatile and choppy ride, but the Peso is probably on the verge of a long overdue correction.

USDMXN is sending multiple signals of a top. Before going into further analysis we first feel the need to make something clear to the reader. No matter how many indications of a reversal you find for a financial instrument, trading against the trend is unwise from a statistical perspective since a powerful trend can produce many pullbacks and false reversals. In simple words, trading against the trend and especially trying to catch the big reversals is something that works ONLY when you know what you are doing AND the R/R is clearly in your favor. Considering that even if you are good at it you are lucky to get it right 25-30% of the times we are talking about at least a 4:1 R/R ratio. That means that as long as you are chasing very high Reward to Risk ratios this approach can yield profits otherwise you are bound to lose money.

Having said that lets now examine what the charts tell us. With Friday’s close we now have a) an evening star formation on the daily chart and b) a tweezer top on the weekly, both of which are considered reliable reversal formations. From a technical analysis perspective 1) we clearly see both on the daily and on the weekly charts an ascending channel that despite the little overthrow we saw during the past few days (you can even call it a false break), it has contained price action since the very first days of 2014. A rejection from current levels becomes another rejection from the channel top and comes as an expected outcome. 2) We can also clearly distinguish a double top pattern (11th and 19th of the month we registered the 2 peaks) which adds one more well established topping pattern to the list. 3) We have clear RSI divergence on the daily chart between the 2 peaks of the double top. 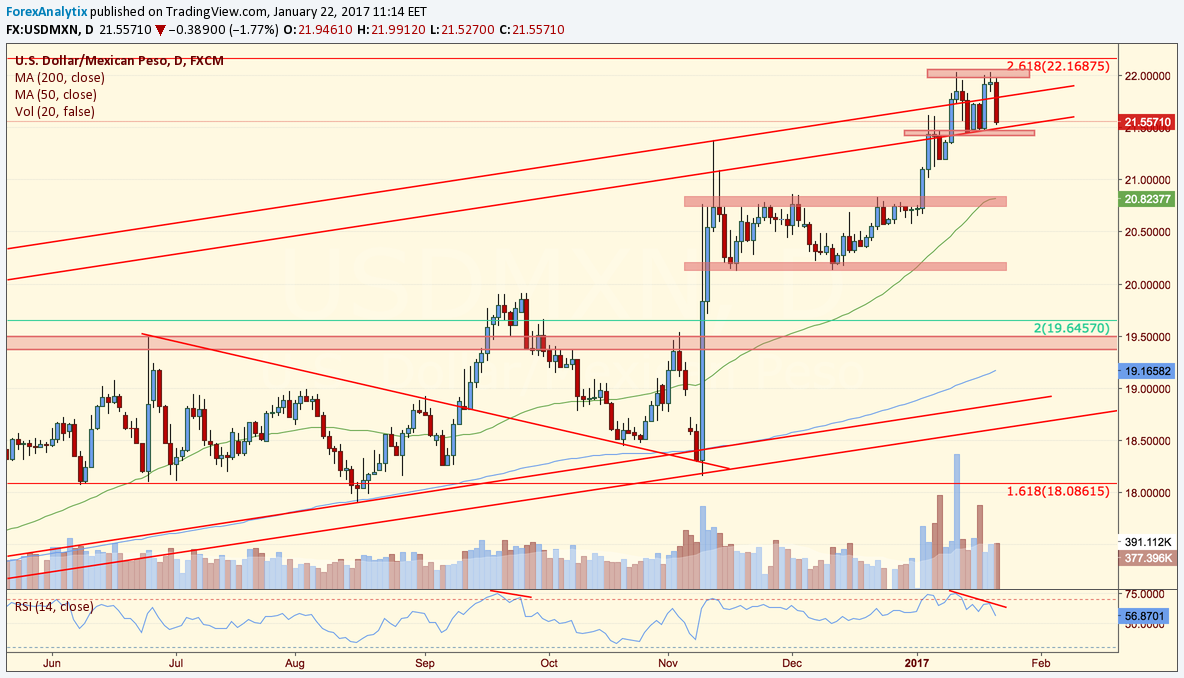 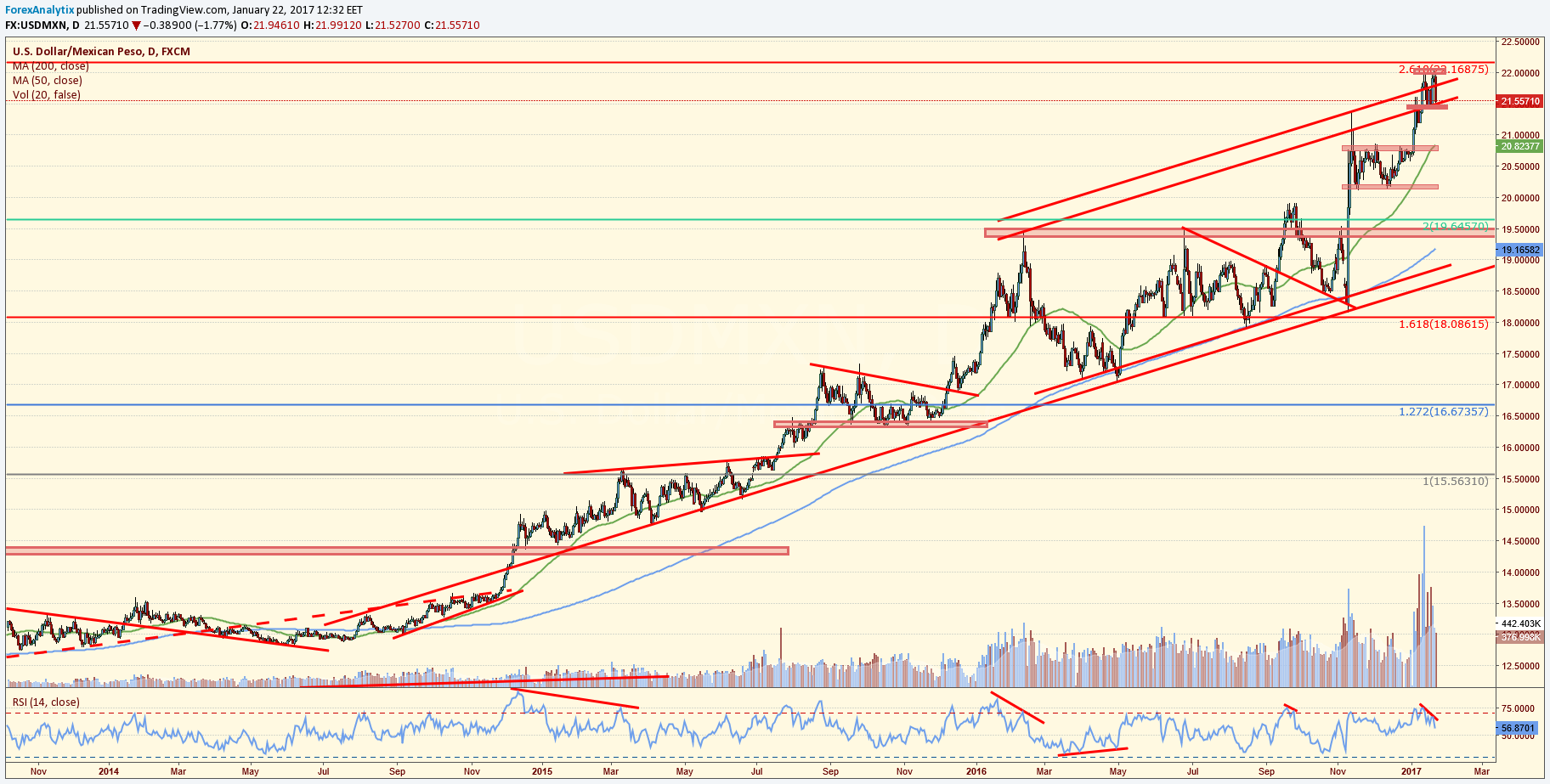 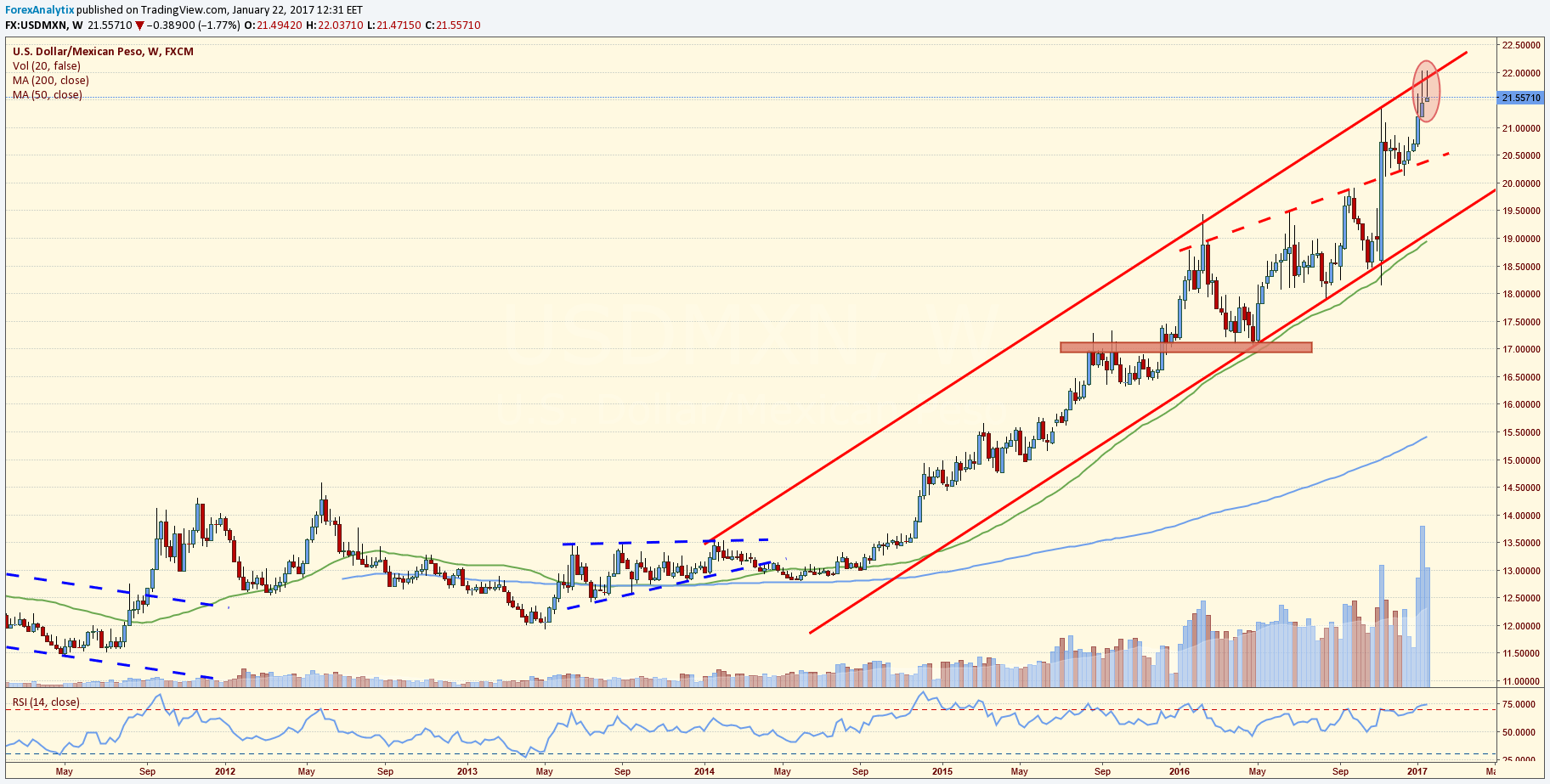 To summarize, we have already listed above 5 reversal signals (2 from Candlestick Analysis and 3 from B.T. Analysis) so the question that remains is “where to next”? The support levels below are the following: 21.45, 20.80 (this level is also close to the double top target), 20.15 and finally 19.50. If we target the last support level of 19.50 our potential reward is close to 10%. What is our risk? A break of 22.05 which is less than 2.5% away. I call this a good trade setup and one I am willing to take every time I find it offered.

USDMXN has been in an impulsive move higher since the middle of 2008. It is currently suspected to have finished the fifth wave of the 3rd wave of a higher degree (see daily chart) at the 61.8% fib of W1-W3. If that is the case we have started the 4th wave of the higher degree lower (marked in blue on the Weekly chart) which should take us to at least 19.50 before resuming the upside move to finish W5 of the whole move.

Bitcoin, the future or just a gamble?

S&P500, should we trust this breakout?
Scroll to top