Bitcoin, the future or just a gamble?

You are here: Home / Bitcoin, the future or just a gamble?

(This is an old (January 2017) post regarding Bitcoin and its future. Check out our November 2017 piece on Bitcoin here: Bitcoin, the future or just a gamble? (2) )

Bitcoin (ticker: BTC) has been around since late 2008 but it only started making the news in early 2013. It is a crypto currency and a payment system; its main advantage being that transactions are anonymous and peer-to-peer (i.e. made directly without an intermediary). Bitcoin’s unique architecture is set-up in such a way that their creation (or “mining”) gets progressively more resource-intensive and total production will be limited to 21 million Bitcoins.

It’s certainly an interesting concept with many advantages but also some important disadvantages. For example:

Bitcoin price has been very volatile since early 2013 when it was trading between $10 and $15, and soon afterwards it went on a parabolic rise to hit a high of $1163 within the same year. It spent the next 18 months dropping all the way back down to the $200s but then went on the ascent again as global uncertainty persisted.

It made the news once again in late 2016 when there was a China-led buying spree, mainly from people trying to escape the Yuan’s devaluation. Its simplicity, anonymity and transaction ease made it a very popular choice among the Chinese. In early 2017 it almost hit an all-time high, peaking at $1140 and at that point the Chinese central bank made an important announcement. The CB said that it wanted to investigate Bitcoin transactions in market manipulation, money laundering and unauthorised financing. At time of writing BTC is trading at $828, which represents a staggering 2-week drop of over 37%. 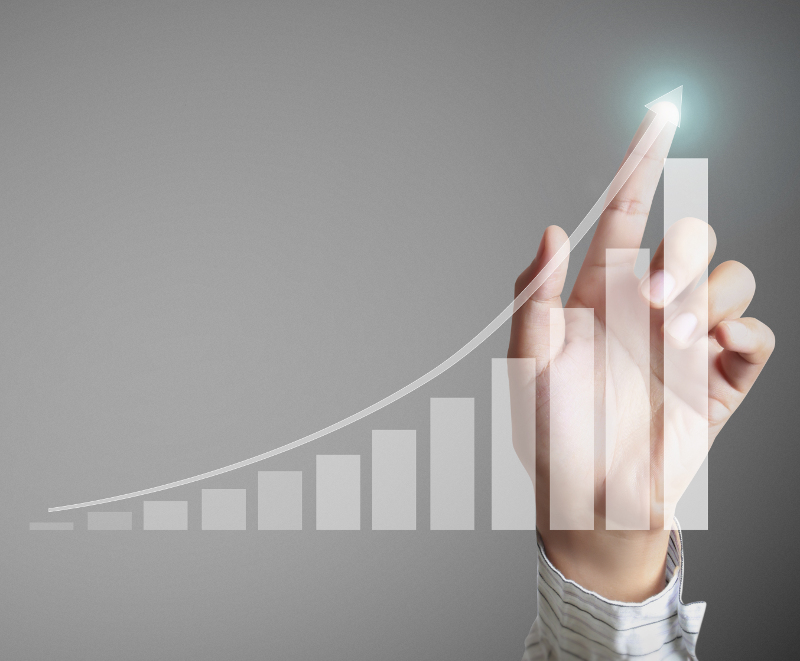 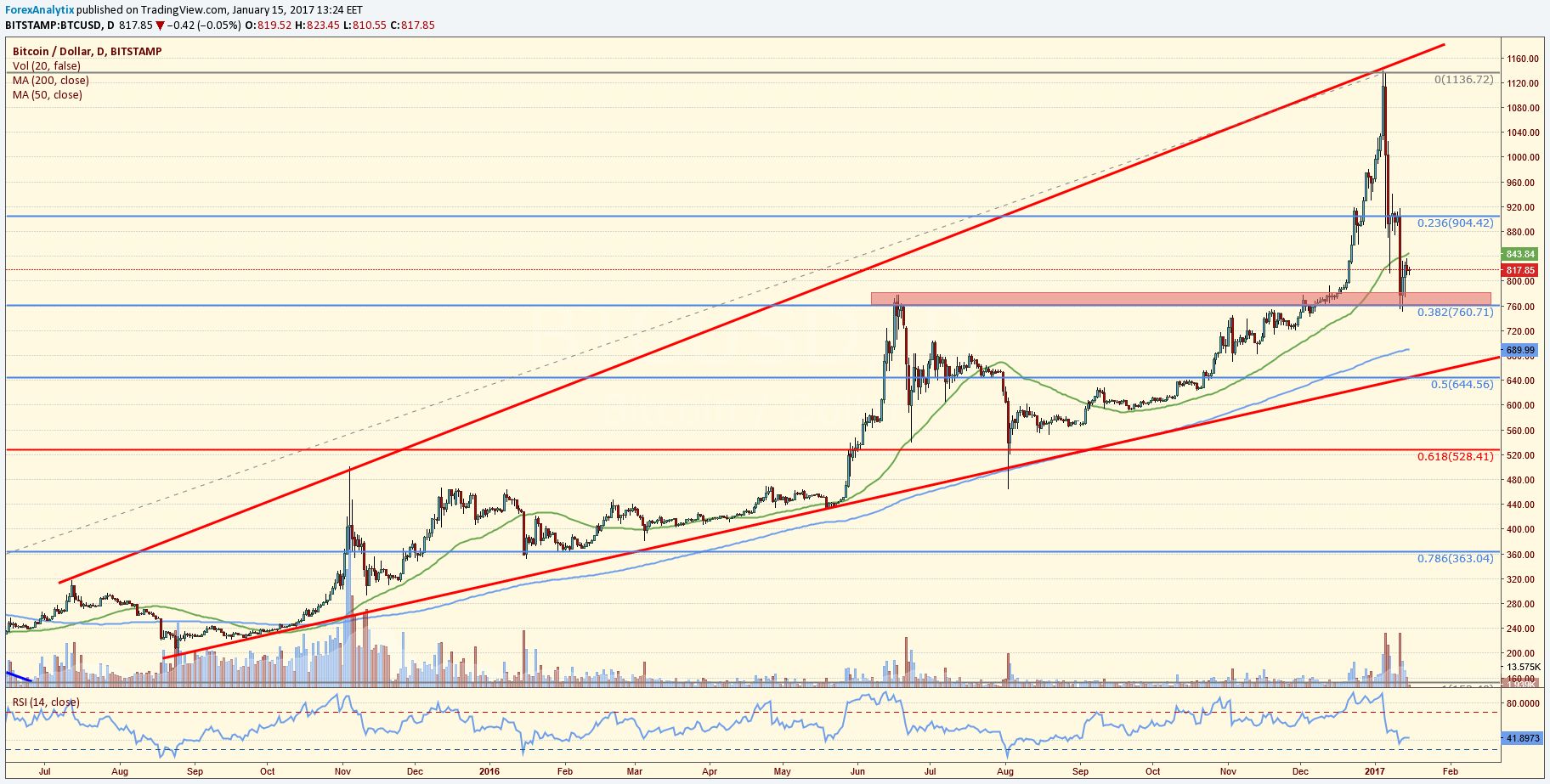 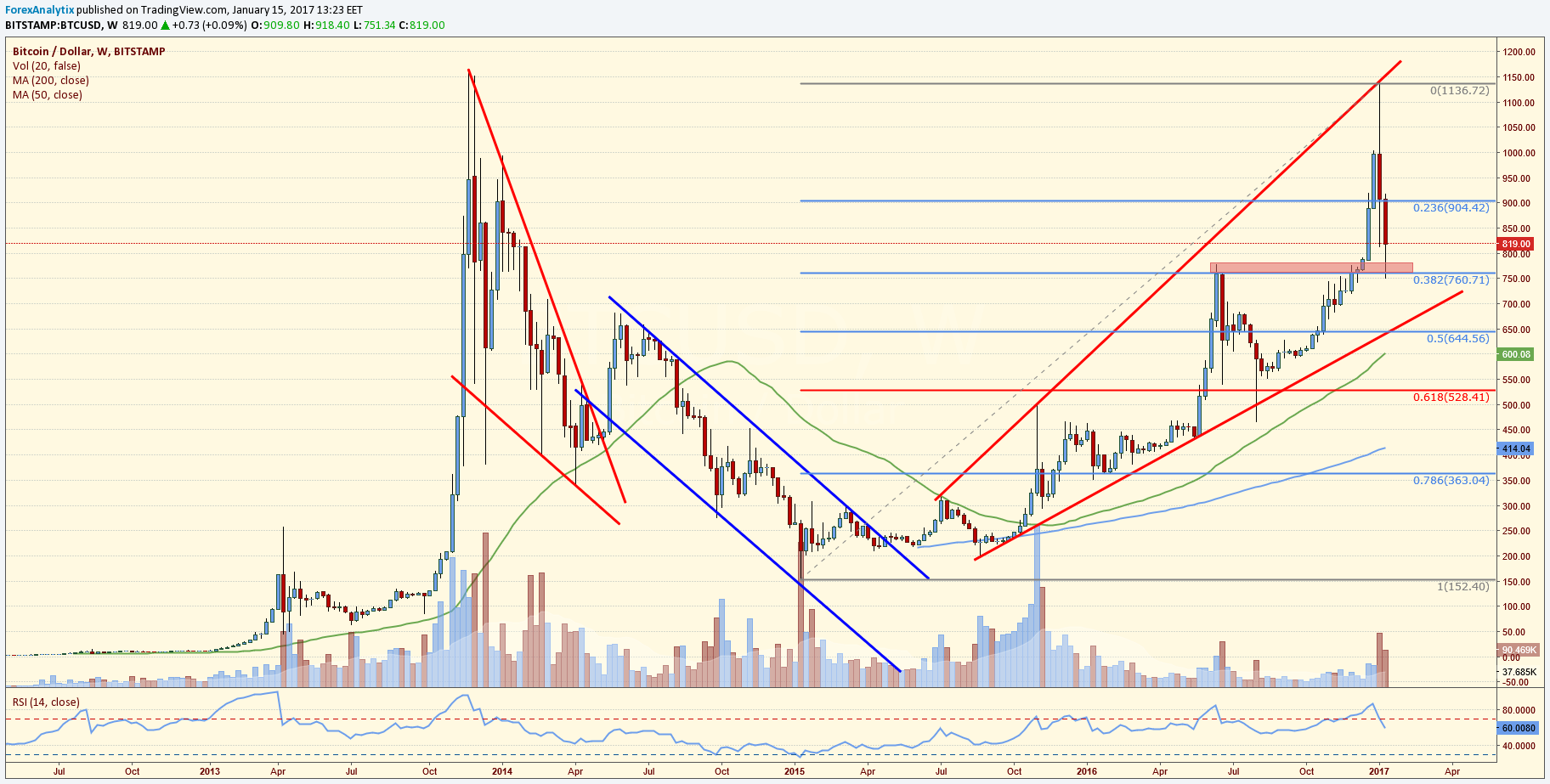 What does the future hold for Bitcoin?

So what’s next for Bitcoin? As outlined previously, it has many advantages and for this reason it will remain relevant as a currency. The vast majority of BTC transactions by volume are made in China so the two will remain interlinked.

We see the biggest risk to Bitcoin being its substitution and/or parallel use by other crypto currencies. Bitcoin die-hard fans claim that this is never going to be an issue since Bitcoin was the pioneer and as such enjoys first-mover privilege. This argument is probably flawed because although the BTC is used for payments, this is only a relatively small % of all Bitcoins. One of its primary uses is being a store of value and for this reason other crypto currencies can always step in and enjoy similar status if aggregate demand requires it.

Is Bitcoin simply a 21st century version of gold, only without the storage issues? Or is it just a short-lived popular fad that may soon evolve into something quite different? Only time will tell. The only certainty is that its price will remain very volatile in the future.

(You can find our latest Bitcoin Blog Post here: https://www.forexanalytix.com/bitcoin-future-just-gamble-2 )

USDMXN: Multiple signs point to a reversal!
Scroll to top