GBPAUD is of particular interest from a technical analysis perspective. Specifically there are 5 different reasons why we think that this an excellent occasion for the pair to turn higher.

The EU referendum result has brought increased volatility and uncertainty for the UK. The pound depreciated around 15% vs most majors and the markets certainly reacted very negatively. In response – and probably prematurely – the BoE cut rates by 25bps and increased QE by £60bn. The language was also very dovish and indicated that further easing may well be needed.

However, 2 months later all the doom & gloom has yet to materialise. Inflation ticked up to +0.6%  and unemployment remains at near-record lows. The BoE projects a considerable drop in activity and possible recession in 2017. However, the implicit easing due to the pound’s severe 2-month depreciation should be a strong balancing force – indeed the first signs are already encouraging.

The RBA has been steady with its easing path and recent minutes were dovish. Inflation and GDP are still on the low side so the RBA has no reason to deviate from its current path. Business investment has recently seen a large decline and Australia maintains a strong reliance on China – a soft landing there will certainly have an impact on AUD.

For the above reasons and also due to the all-time high bearish GBP positioning, there is potential for a reversal in the recent GBPAUD move. The UK economy will probably prove more resilient than the current negative projections, and the currency pair will reflect that. 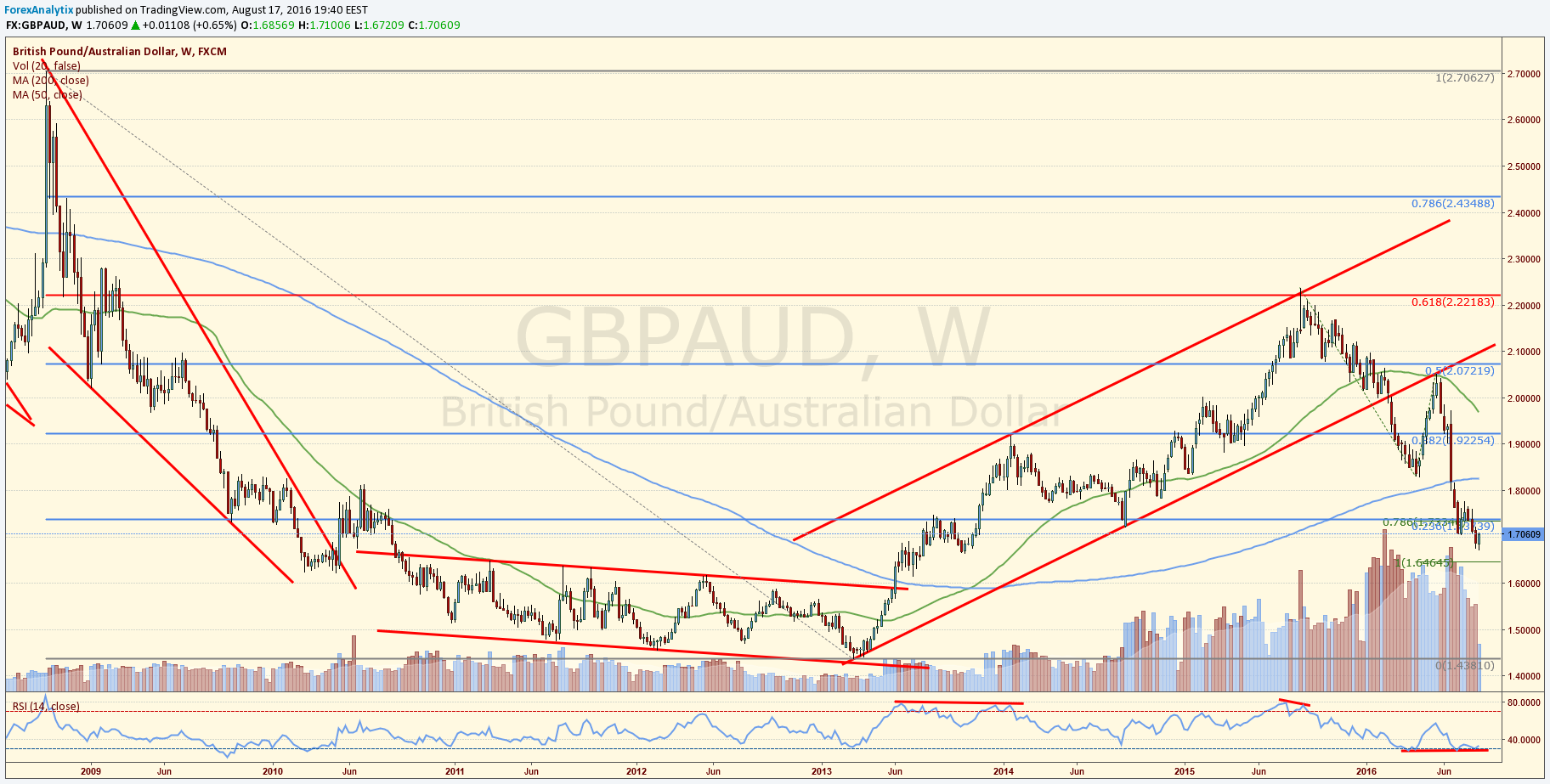 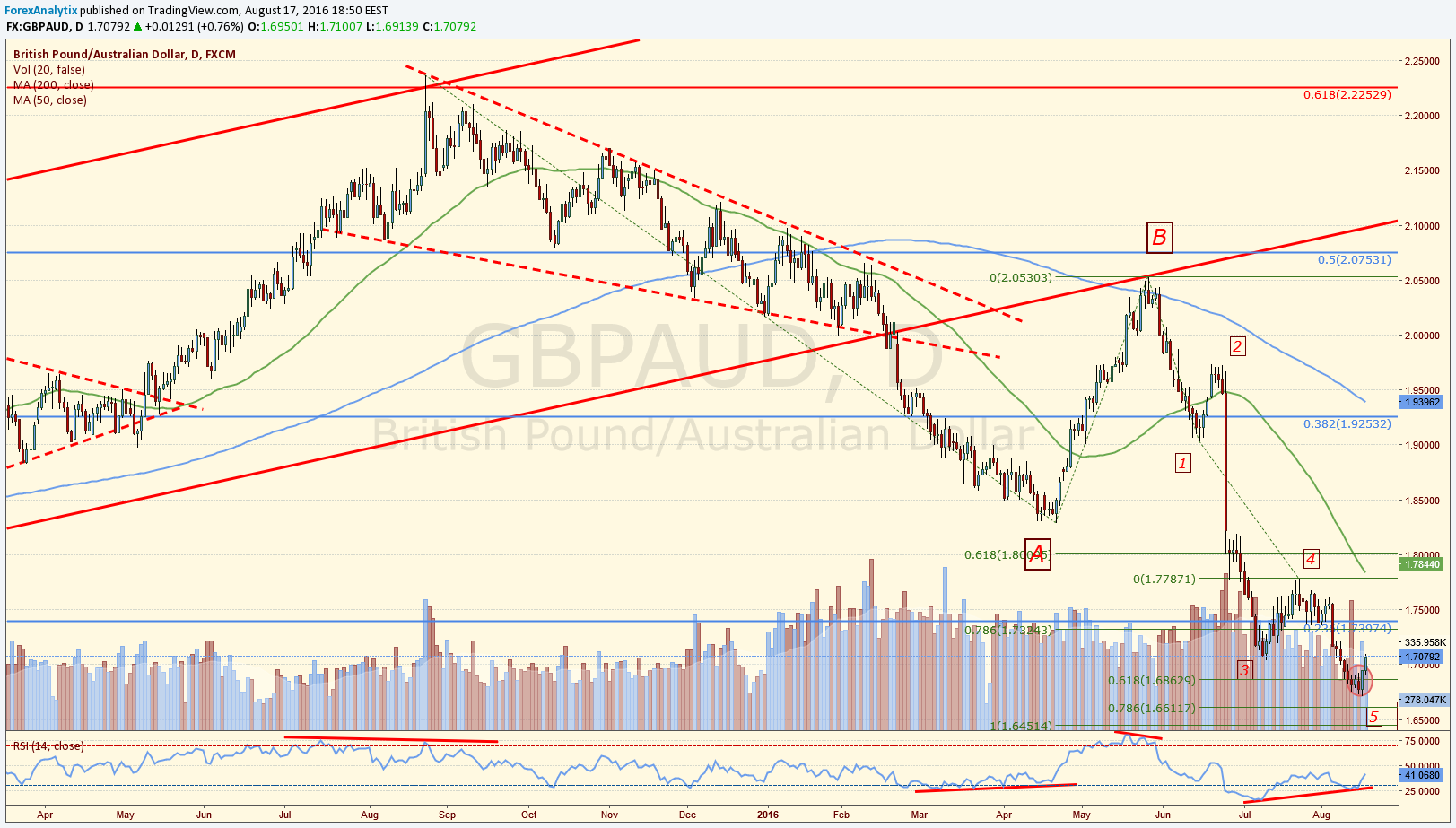 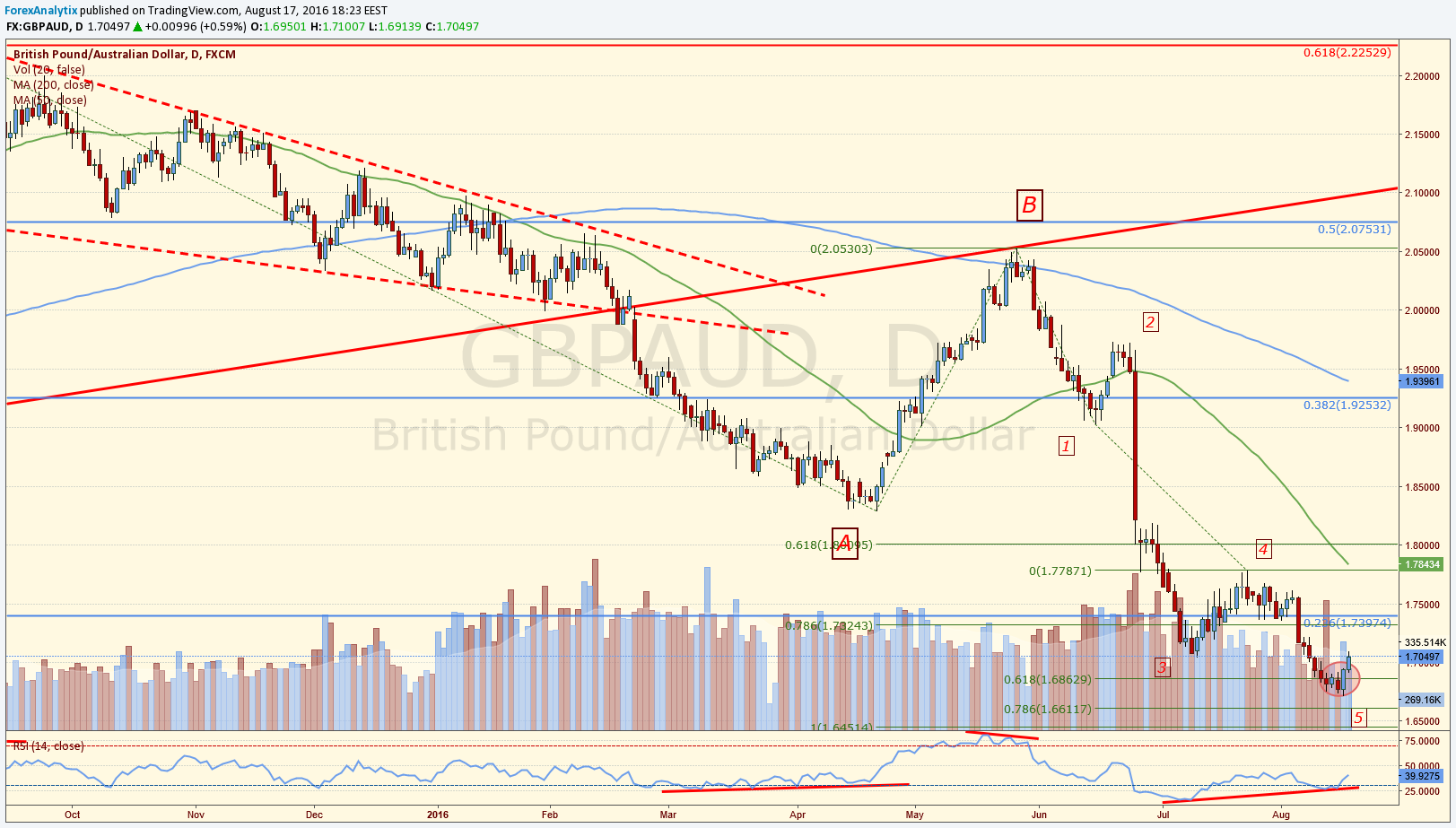