EURGBP is of particular interest from a technical analysis perspective. Specifically there are 5 different reasons why we think that this an excellent occasion for the pair to turn lower.

GBP has been hit hard following the June UK referendum. In a somewhat knee-jerk reaction to that, the BoE delivered a pre-emptive easing package of a 25bp cut & £60bn extra QE in August. In addition, Mark Carney’s language was particularly dovish and didn’t rule out further easing.

The BoE now finds itself in a tough spot, as inflation has ticked up and employment is still strong. Their projection is for a fall to near-zero growth in 2017 and a considerable drop in domestic activity. However, the implicit easing due to the pound’s recent 15% fall will be a strong balancing force.

On the EUR side, the ECB remains in easing mode and seems intent to do so until EZ inflation expectations become firmly anchored. Furthermore, Draghi has explicitly stated that following a Brexit event the ECB’s accommodative stance may be reinforced.

For all the above reasons and also due to the all-time high bearish GBP positioning, it’s difficult to see the Euro strengthening vs the pound in the medium term, especially given that the UK referendum has now created a dangerous precedent. It’s likely that the UK economy will prove more resilient than the current extremely gloomy forecasts, and EURGBP will move back to the 10-year 0.75-0.80 average. 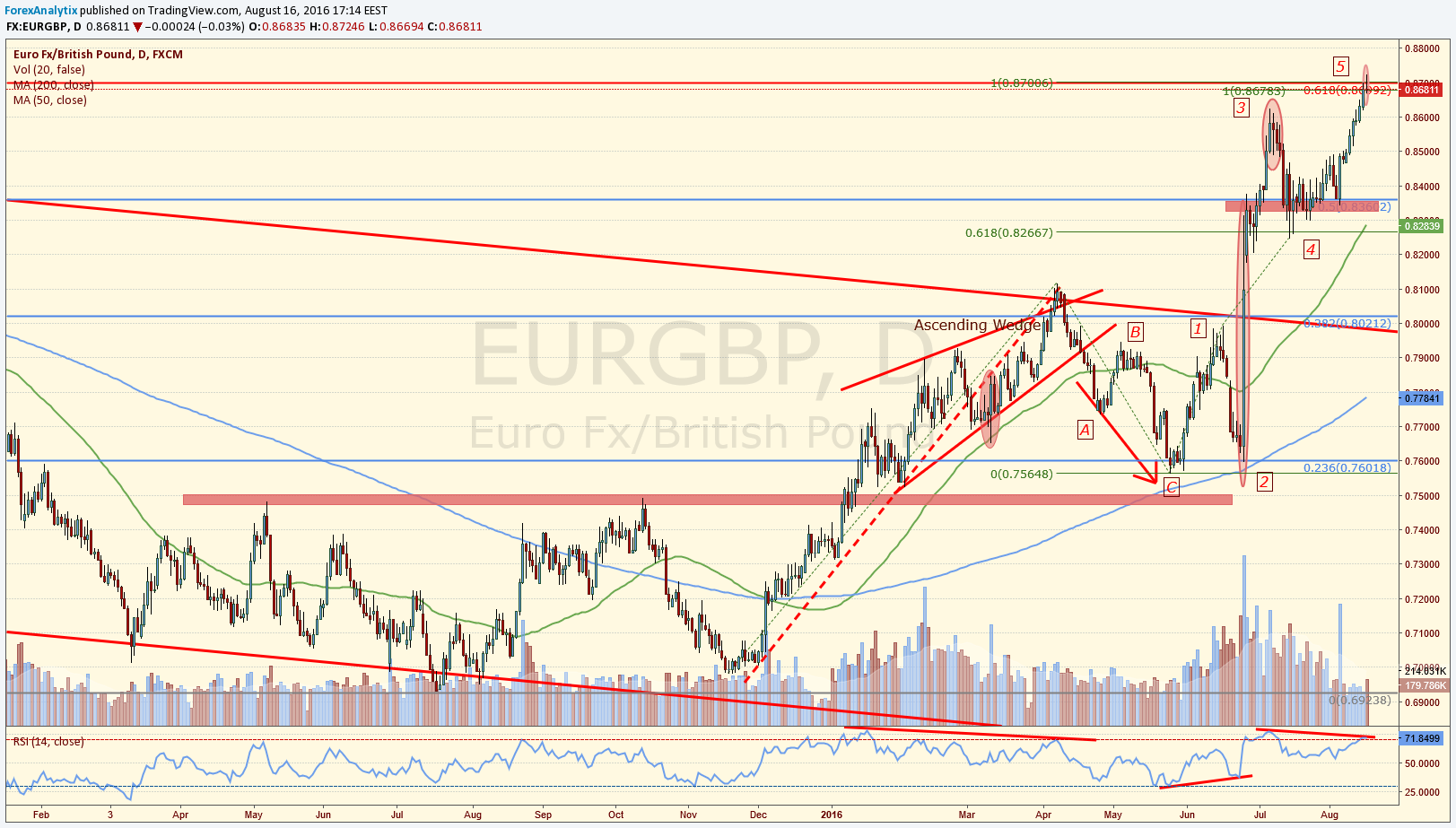 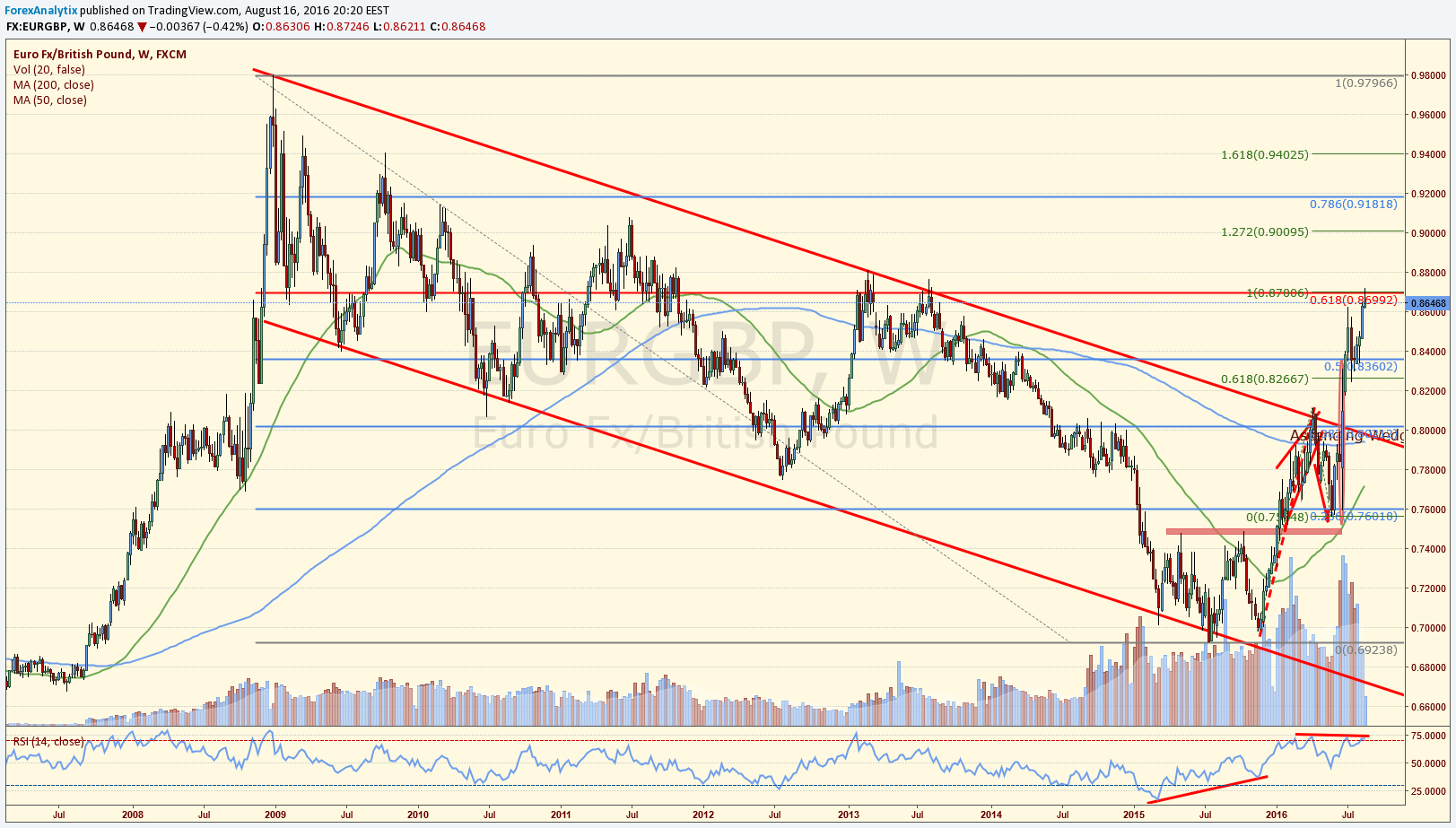