The EURCAD is testing a trend line which has been in existence since 2012. The reason this is significant is for a couple reasons:

The EURCAD is hitting this trend line with a very divergent RSI, which could signal a bounce if it happens. On the other hand, a break of the 1.4400 level could lead to a move to 1.4000 rather quickly. 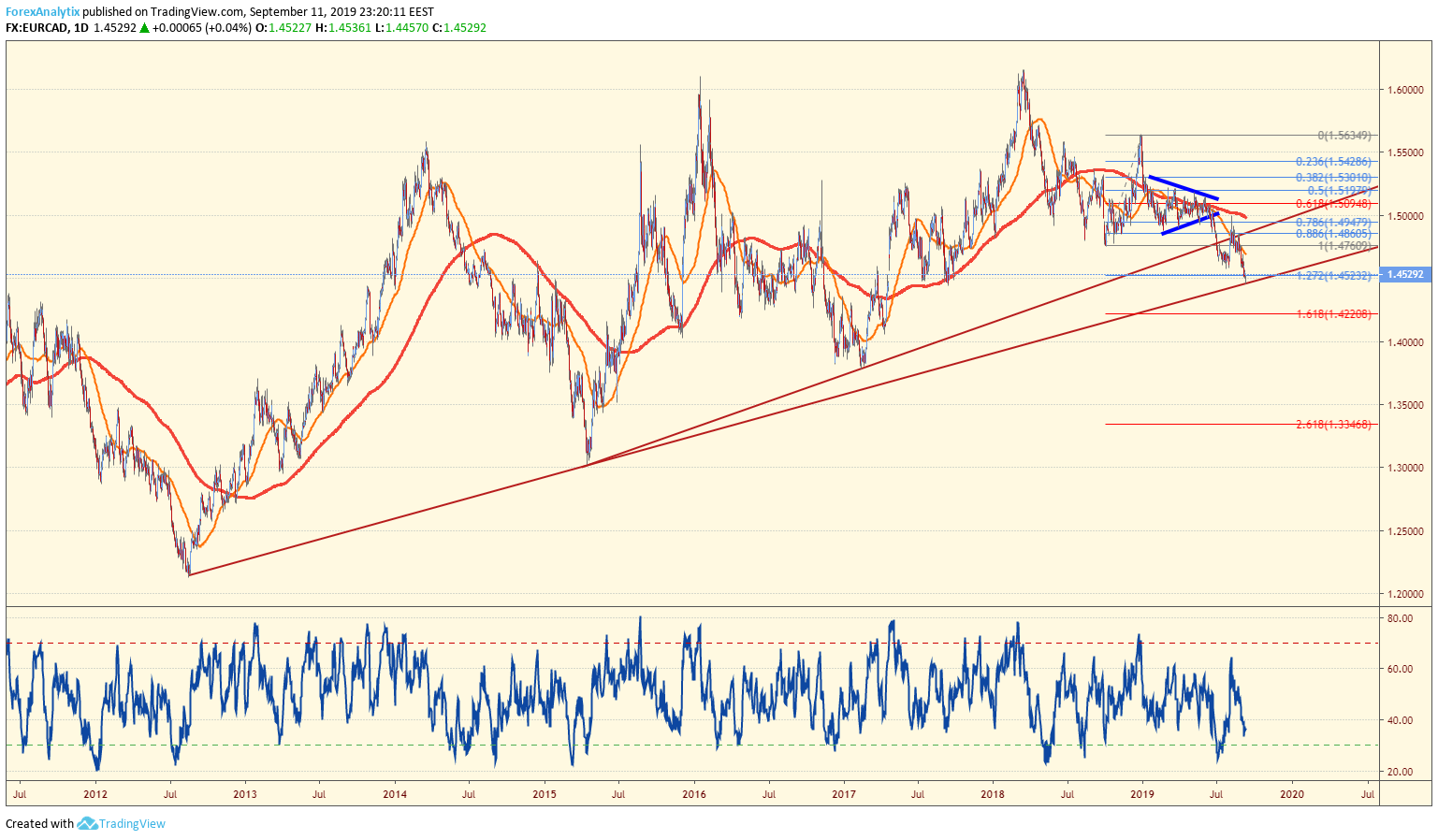