Are US Equities Near a Major Direction Change? - ForexAnalytix - Blog
Click here to open Help

Are US Equities Near a Major Direction Change?

You are here: Home / Are US Equities Near a Major Direction Change?

A few words about Macro

Last week’s Nonfarm Payrolls print – and the subsequent market reaction – made me think about US equities and how their behaviour has changed over the years following the 2008 global financial crisis.

Let’s first take a step back and remember how things used to work prior to 2008, regarding the relationship between economic data releases and equity indices:

But then, 2008 happened and the following 10 years or so became quite different. Central banks slashed rates and ran massive quantitative easing programs. With rates at historical lows, risk became grossly mispriced to the downside. Corporates took advantage of ultra-low rates to issue very cheap debt and use the proceeds to buy back their own stock. So, the “new normal” from around 2010 onwards became:

This was the main story for several years, and it was hardly a sign of healthy equity markets. Even Apple, who had been sitting on a huge pile of cash, made bond issues to finance stock buybacks.

You can argue that it’s inevitable that the markets will return to “normality”, i.e. the status quo prior to the 2008 crisis. Since that crisis, the world’s major central banks have been trying hard to effectively eliminate recessions, but this is practically impossible. The economy has always worked in boom / bust cycles, and both parts are useful and necessary for there to be long-term balance. However, in the past year or so it’s starting to feel like central banks are slowly losing control. Despite their best efforts with ZIRP/NIRP and QE, we have been seeing most major economies turning lower and heading towards recession.

The German economy – for a long time the locomotive behind the Eurozone’s surge higher – has faltered and PMIs (possibly the most accurate leading indicators) have collapsed. The UK economy is also struggling due to the prevailing Brexit uncertainty. The Japanese are stuck with zero rates and stagnant growth for decades, and China could never keep up with the red-hot growth levels of the 2000s and early 2010s. Finally, the US economy has started to feel the pressure from the 2016-2018 rate hikes, and the Fed has responded by starting a rate-cutting cycle.

How low can US rates go? The most likely scenario is probably a return to zero and yet more QE. But in my opinion, the most important change in price action during the past few months has been the reaction to bad US economic data prints. It’s worth noting that the market’s initial reaction to the recent PMI shocks has been to sell-off sharply. The fact that they were followed by a strong bounce can probably be attributed to shorts getting squeezed; just examine which stocks drove the rebound rallies and you’ll see that it was mainly ones with large short interest. The S&P500 index is only around 2.5% off its summer highs, while AMZN is nearly 17% off its equivalent highs. More proof of this is last week’s NFP print, which came in very close to expectations. In the immediate aftermath, while instruments like USD FX pairs and precious metals showed little movement, the S&P500’s reaction was to rally sharply higher on yet another short squeeze.

So, what’s the conclusion here? I think that on a macro level, a proper equity correction is practically inevitable, and given the recent change in market reaction, you could argue that we are getting closer to that point. We could possibly see one final push higher – perhaps on a US/China trade agreement – and then the coast will be clear for a move lower. I find it unlikely that a bear market move would be as brutal as the 2008 sell-off, but a 20-25% correction towards the 10-year ascending trendline is very possible. 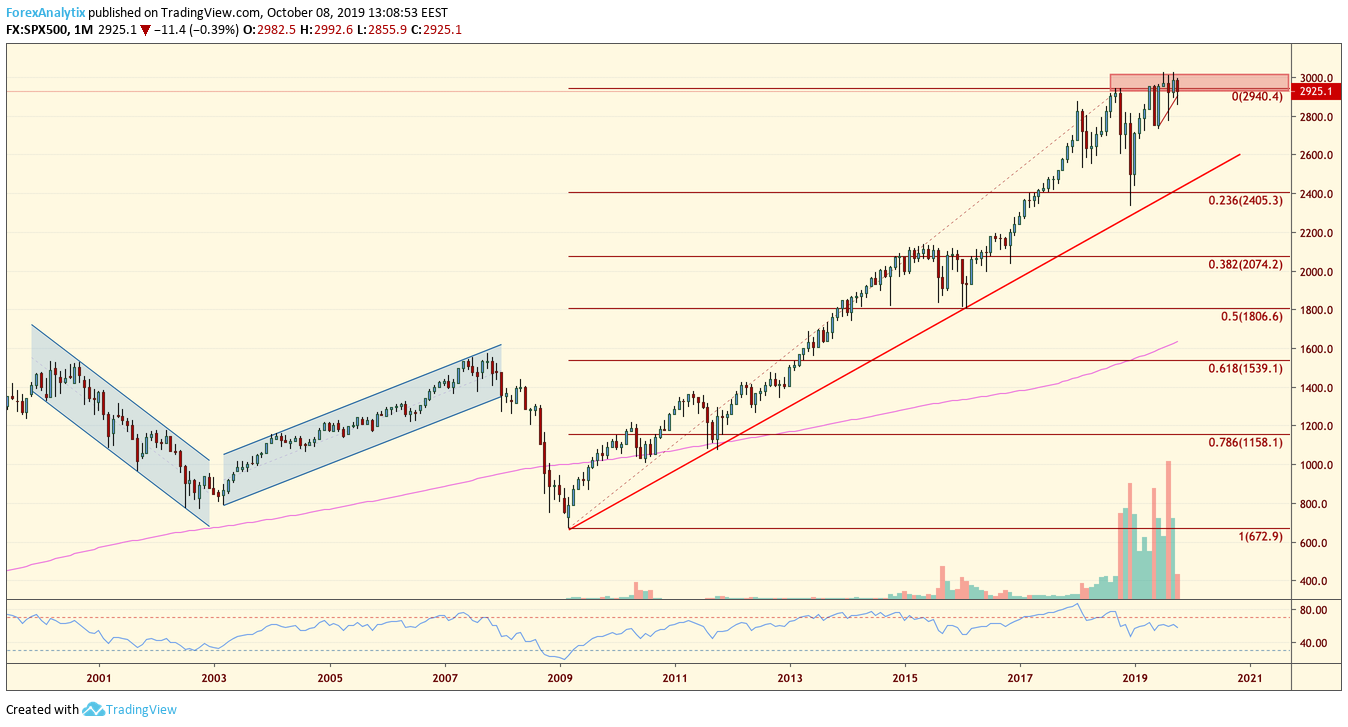 Basic Technical Analysis: Is the SPX forming an ascending wedge?

The SPX is trading since September 2018 within an ascending wedge and in fact, it is currently testing the T/L support. A daily close below here and especially (for confirmation) below the confluence of the 61.8% Fib and horizontal support area at 2860 will indicate that the pattern has been activated, targeting the 2335 December 2018 low once again. Alternatively holding this support can eventually lead to a bullish breakout and an overthrow above the wedge’s resistance. 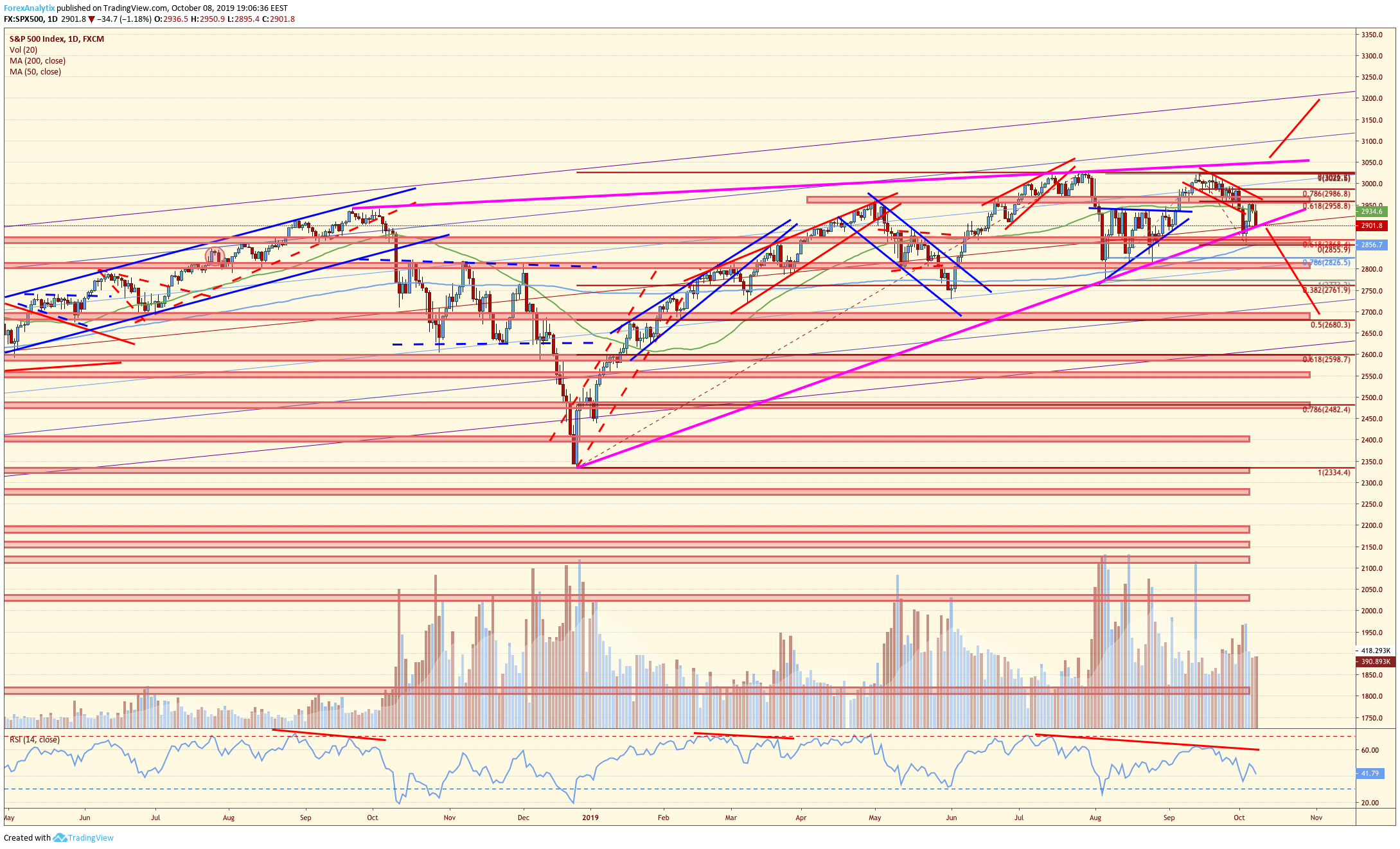 The “V” shape and the clear retest of the previous highs – rejecting to trade and to close above the first top higher close – suggest the formation of one technical double top. 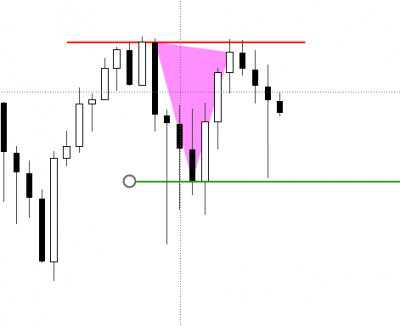 The validation point for the pattern is positioned at 2850 – the previous structure support price zone, reinforced by one ascending structure trend-line support (full picture at the end of this post). 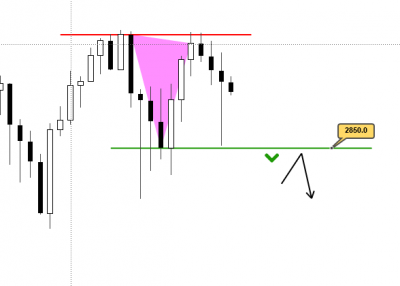 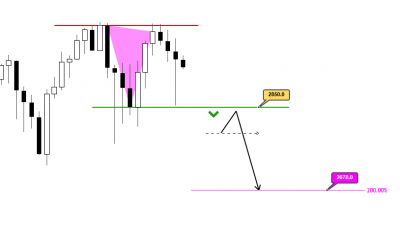 Projected at the same price zone, we have one eventual bullish butterfly pattern with a completion point at 127% fib extension.
Approaching from below, one major ascending structure trendline is acting as support, holding the lows since Mars 2009, reinforced at the end of October 2011, then February 2016, and most recently December 2018.
Here is the full picture (Weekly Chart): 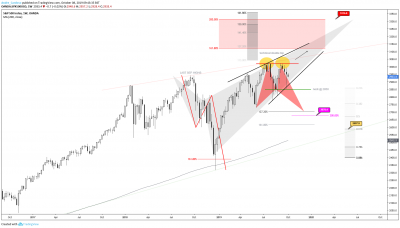