Crude is breaking lower out of a channel.

After hovering around the 200dma for weeks we have finally broken lower through a channel as crude oil looks to be finding a near term trend lower. Since September, we have been following an ascending channel as well which looks to be broken. Next support will be just below the $54 level which is the 61.8% Fibonacci retracement, but the key support will be closer to $51. RSI is also pointing lower confirming the turn lower. 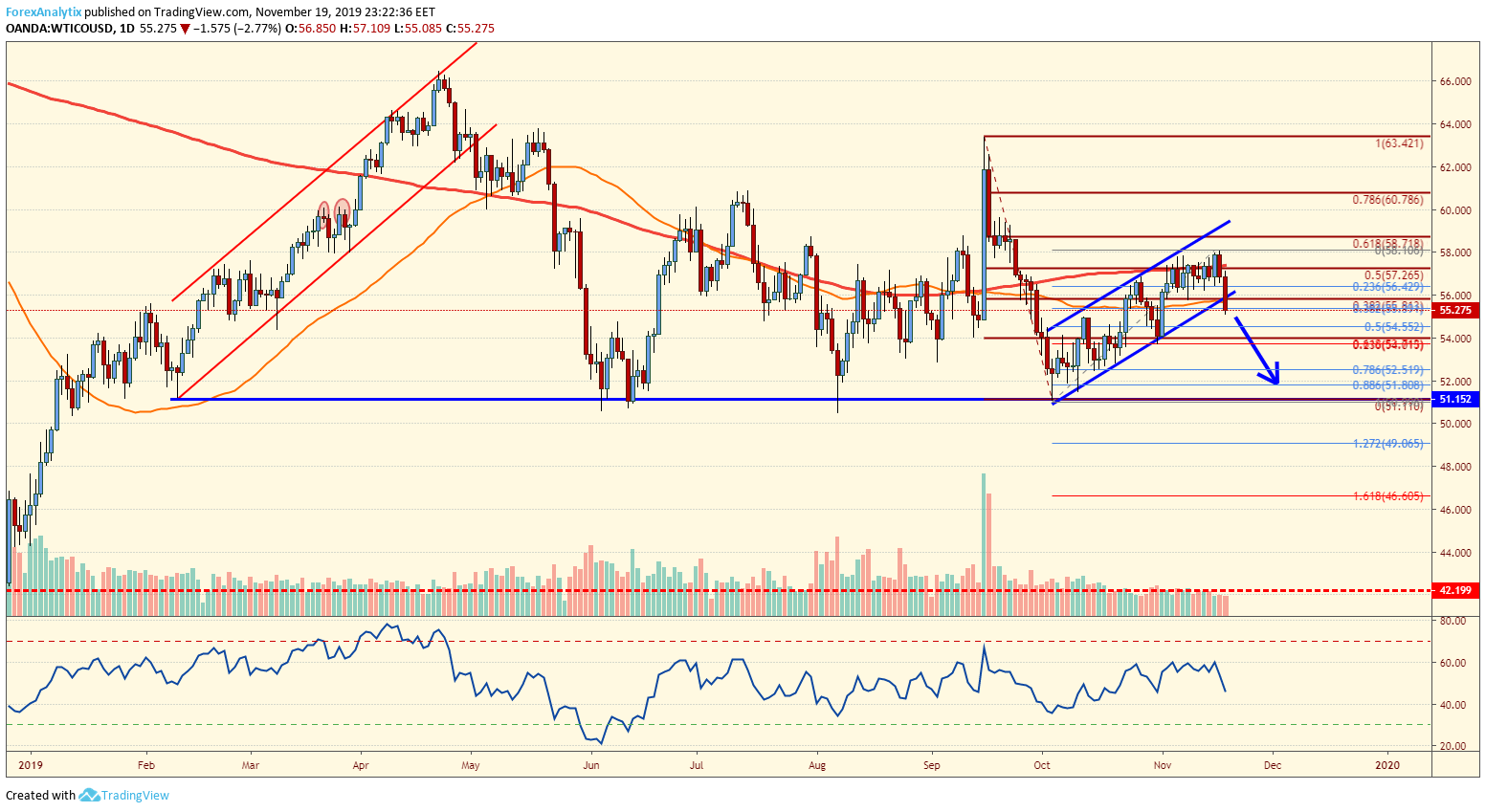