The Swissy USDCHF  hit some major resistance today, and a confluence of other resistance. Previous resistance from early October. Also, the 78% retracement of the September 30th highs to November 1st lows. But the most important resistance is that we hit the trend line that has been hit multiple times from the April 19th, 2019 highs. While below the .9330 level the risk is for a move back to the 200dma while the long term triangle consolidation continues to form. 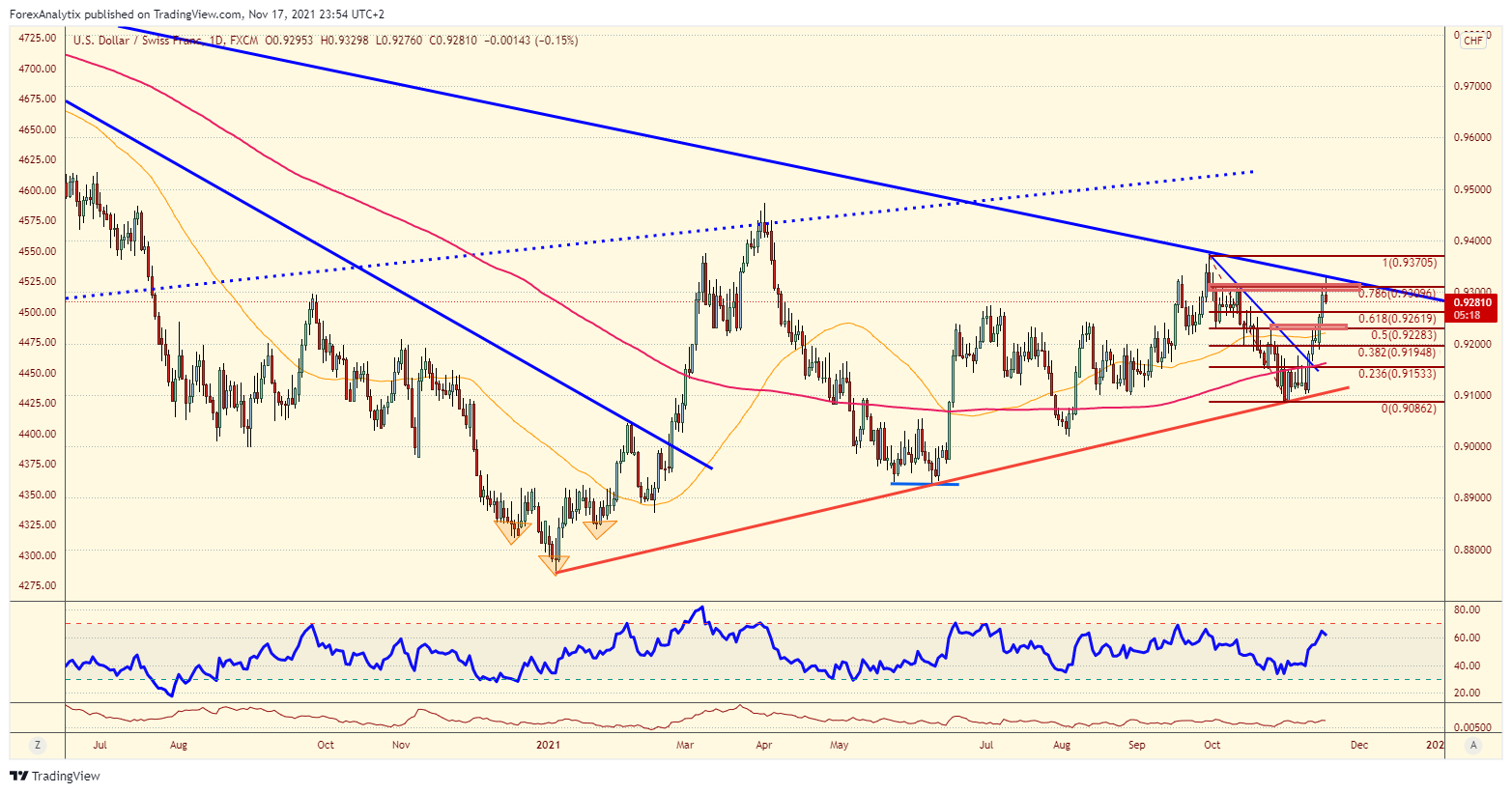