Even though this is a bullish wedge developing on the daily chart, it doesn’t mean it will breakout higher, it is just that the odds favor an upside break than a downside one. Consistent highs and higher lows is developing the pattern currently which means a break of the 1.3700 level (sustained) or a break of the ascending trend line at 1.3580 would allow for the breakout near term. Above the 1.3700 level is a long term 78% Fibonacci retracement at 1.3760, and the 38% retracement of the December move higher comes in at 1.3519 which should be noted. 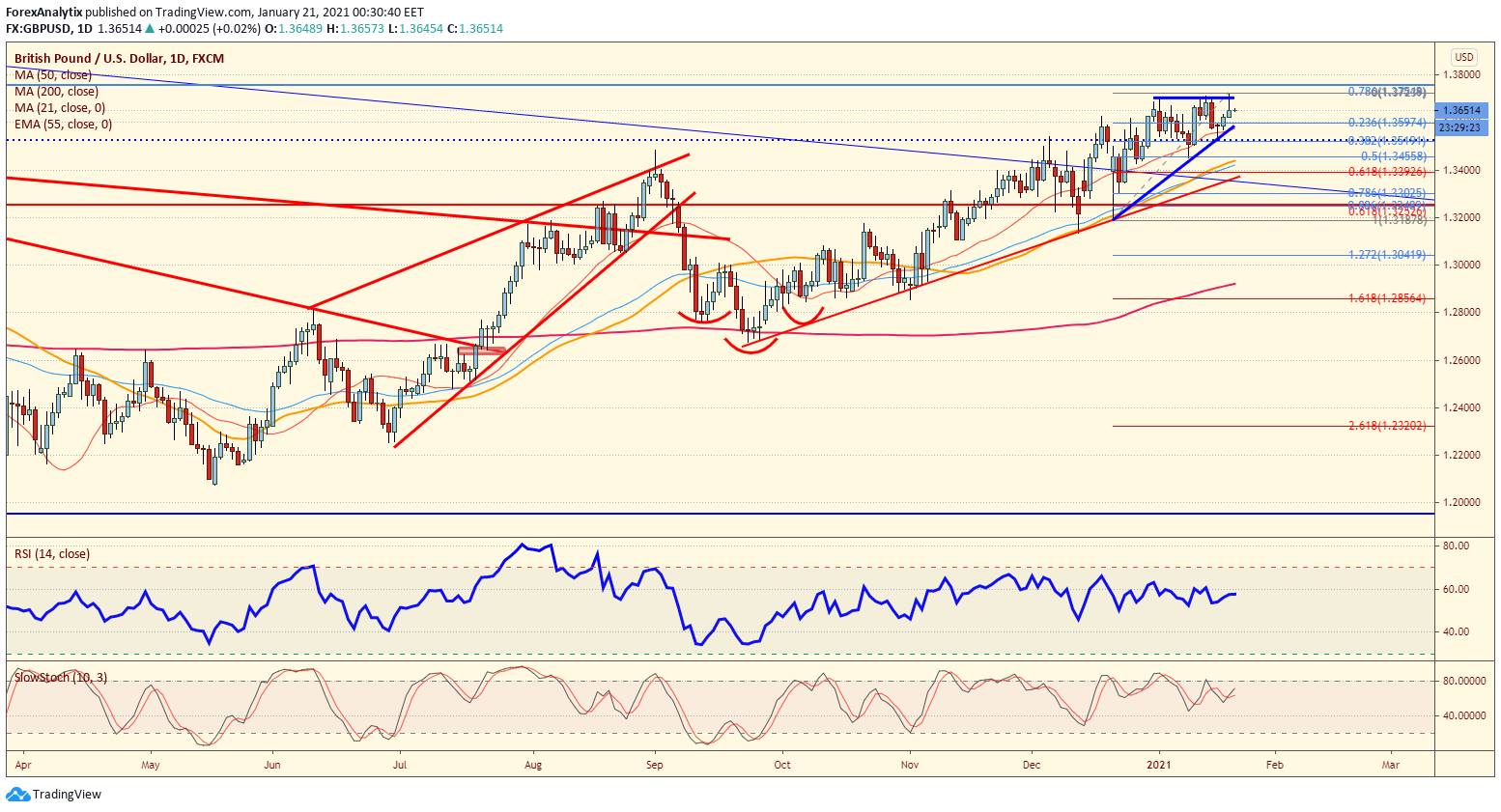