The Cable caught a bid today as the BOE unexpectedly raised rates. As the market looks to reprice the GBP (after a widely seen poorly communicated BOE meeting once again) the Sterling could squeeze higher, especially if the pair clears the 1.3350 level resistance on a daily close. This is previous support from November 12th and we rejected that level today following the BOE rate decision. RSI has been divergent in early December and this is finally starting to weigh on price. A move back to the 1.3500 level would be expected on a break higher. 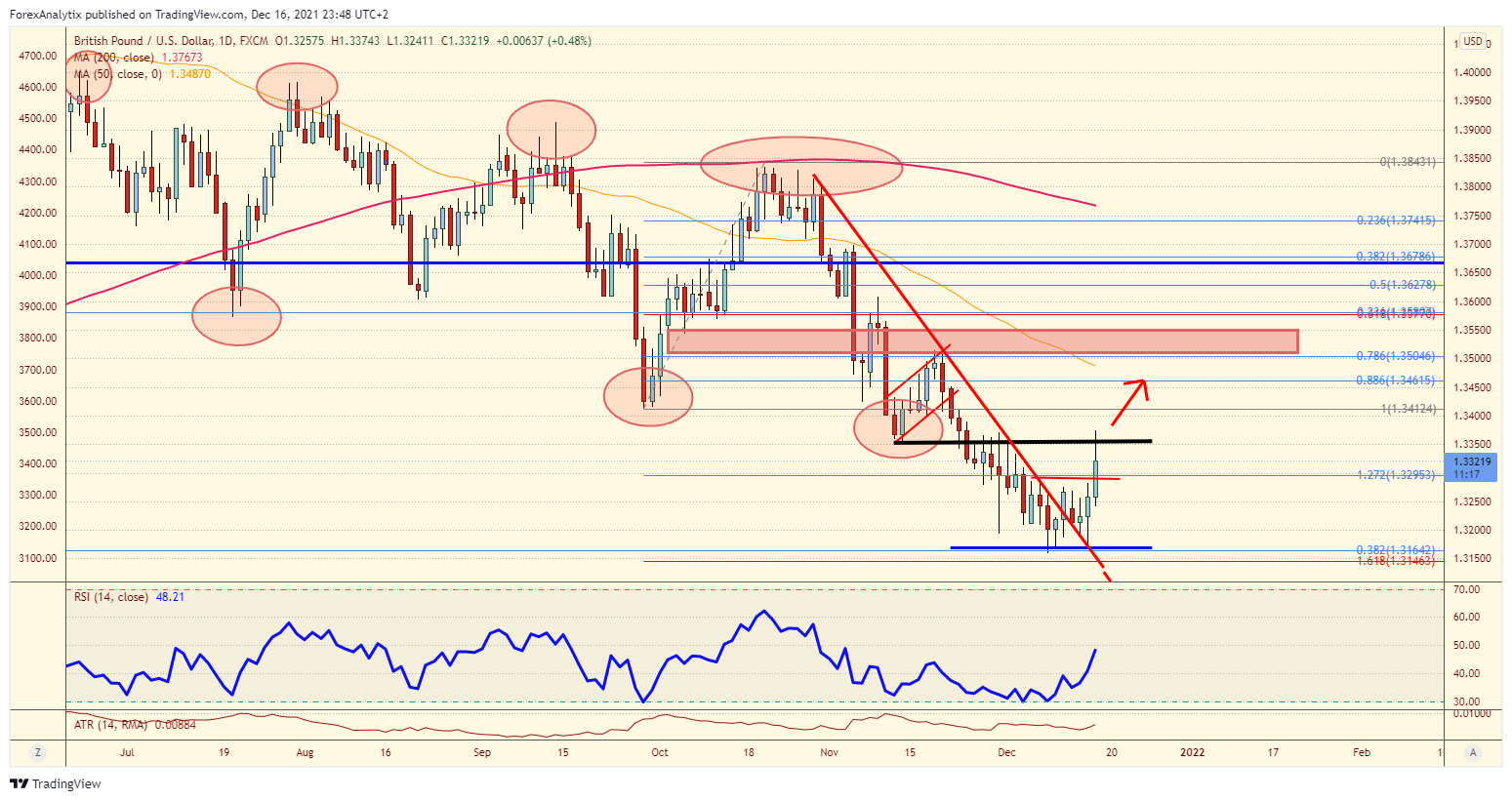