USDJPY bounced back to the 38% Fibonacci retracement.

The USDJPY has bounced alongside the 10yr yield today, which (on the surface) looks bullish as the pair came out of a descending channel which has kept the pair under pressure since the beginning of the month. However, one of the things that may have been overlooked in today’s rally is the long term trend line that was broken in march of this year. It was a 6yr trend line from mid 2015, and we broke back below it this month. We are back testing this trend line again, which means between the 108.80-109.21 level could offer some strong resistance on rallies, especially a day ahead of the FOMC decision. 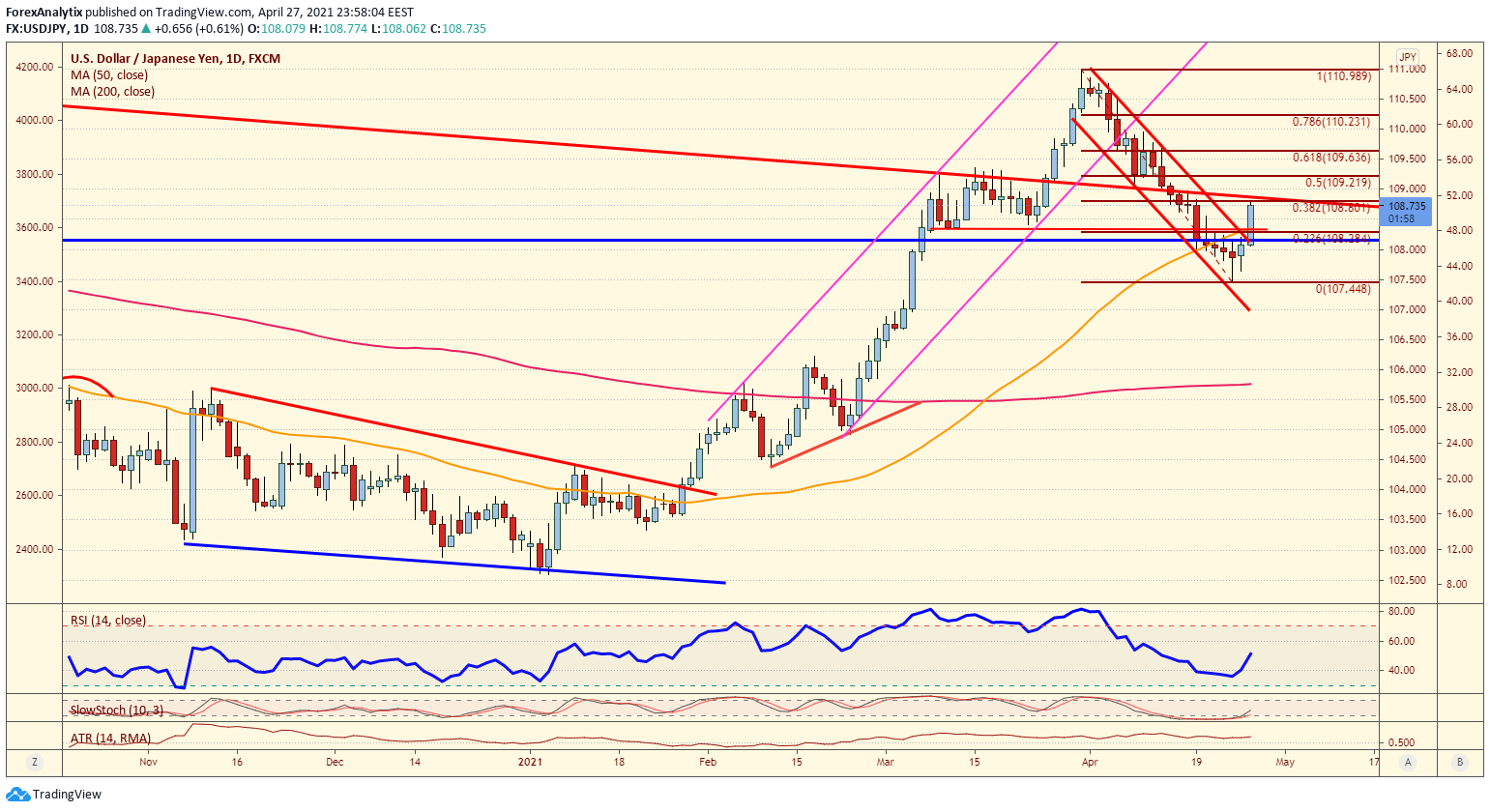