AUD/NZD May be Ready to Test 2019 Highs, but Watch for a Pullback - ForexAnalytix - Blog
Click here to open Help

AUD/NZD May be Ready to Test 2019 Highs, but Watch for a Pullback

You are here: Home / AUD/NZD May be Ready to Test 2019 Highs, but Watch for a Pullback

Although AUD/NZD may appear ready to test the 2019 highs, traders must be careful if it does not get there.

Although the Australian Employment Change was a horrible number due to the coronavirus at -594,300 jobs, it was still in line with expectations.  The unemployment rate was 6.2% vs an expectation of 8.3%, which was better than expected. On Wednesday, the Reserve Bank of New Zealand (RBNZ) left interest rates unchanged a record low of 0.25%.  In addition, the RBNZ nearly doubled the size of their QE program from NZD33 billion to NZD60 billion.  The Central Bank also said that negative rates will be considered in the future.  On the fiscal side, Prime Minister Ardern announced a new NZD50 billion stimulus plan as a result of the slowdown to the economy from the coronavirus.

AUD/NZD had been going bid since putting in a low on March 18th near .9990, and it hasn’t looked back.  After the recent Australian employment data and the New Zealand stimulus, the pair appears ready to test the November 7, 2019 highs near 1.0865.  However, on a daily timeframe the RSI is currently diverging from price, indicating that there may be a pullback either before it reaches the prior highs, or immediately after.  In addition, the pair could be forming an ascending wedge, which would indicate a possible move lower.  If the wedge does break lower, the target would be a 100% retracement of the wedge, which would be 1.0484. 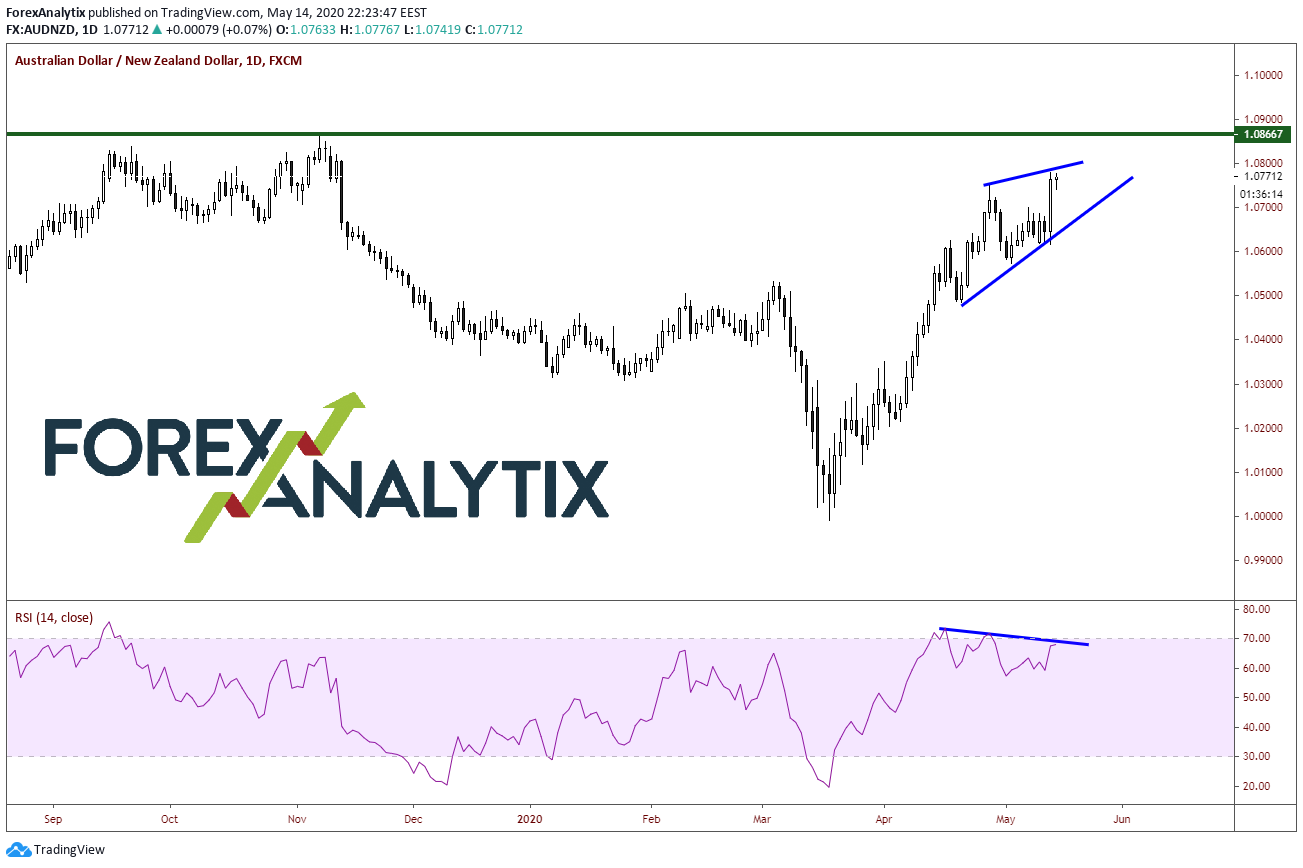 On a 240-minute timeframe, AUD/NZD went bid immediately following the release of the employment data and then traded sideways, forming a flag formation.  A flag formation would suggest a breakout in the same direction of the trend.  The target is the length of the flagpole added to the breakout point of the flag, which is 1.0884 only 19 pips above the November 7th highs of 1.0865.  However, note that on the 240-minute timeframe price is also diverging from the RSI.  First horizontal support level is 1.0740. 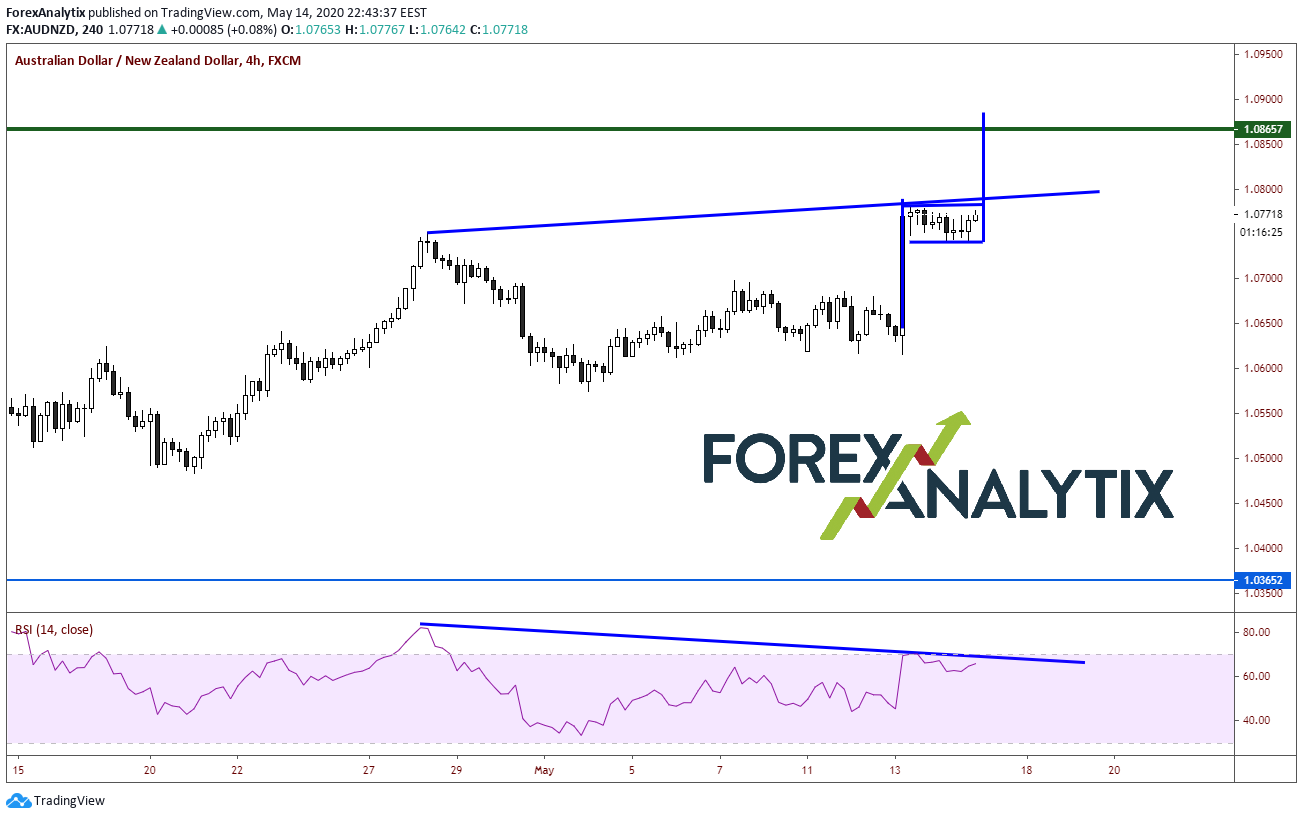 Although AUD/NZD may appear ready to test the 2019 highs, traders must be careful if it does not get there.  Even if the pair does test the prior highs, traders need to remember that the daily ascending wedge and the RSI divergence may mean that it won’t be near those levels for long!