Article 50 and the Sterling

You are here: Home / Article 50 and the Sterling

Probably one of the most telegraphed market events in recent history is happening this Wednesday, and most of us traders are wondering how are we going to trade the Sterling (GBP) around it? Article 50 will be exercised by British PM Theresa May this week and the GBP is expected to react. But which way? The answer is not very cut and dry at this point, and we must be aware that the GBP vs. the USD is not the only game in town, especially when it comes to this week. What we will accomplish in this blog is looking at many of the GBP crosses to help identify what to do in a weak and strong GBP environment following the “Article 50 trigger” and what may be the best pairs to trade. 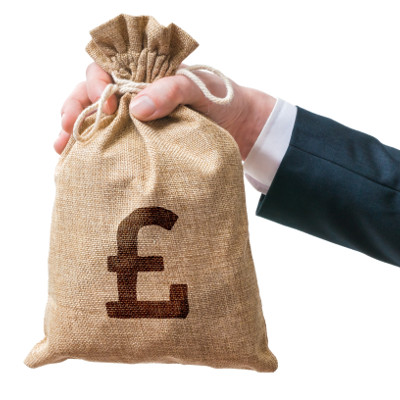 Article 50 (for those of you living under a rock in the currency market the last year) is the treaty on the European Union that sets the process in motion of withdrawing from the European Union which the UK voted on last summer. The Brexit vote last June caught the market off guard, but the “triggering” of Article 50 is what will start the long, drawn out negotiation process of the UK separating from the EU. Many believe that the process from here will be very long, full of negotiations and will be not be pretty for the U.K. in the long run from a fundamental standpoint. Others believe that the U.K.’s economy will find its footing in the coming years and that the currency depreciation of the GBP has already been factored or priced in and may be ready for a near term recovery. Wherever your opinion stands, the market will be sure to show us its hand in the coming weeks. And regardless of what you think will happen, we believe there are great opportunities if the GBP strengthens or weakens from current levels. A lot of it may depend on which currency you trade the GBP against.

A few key points before we move along:

Let’s first take a quick look at the GBP/USD (Cable):

Looking at the GBP/USD you notice last year on June 24th, the GBP/USD spiked to 1.5000 then below the 1.3800 level and hasn’t seen the light of day since the Brexit Vote. We are approaching the key resistance at 1.2800 which was tested in December before falling back. This will be the major test for bulls moving forward and a break above the resistance could result in a move back towards the mid 1.30’s. The GBP/USD’s drift higher could also be a byproduct of a weaker USD since President Trump has been inaugurated. Which also means, in a weak GBP environment, the GBP/USD has a lot of room to fall back towards the low 1.20’s should the GBP show a weak hand following Article 50 being triggered. 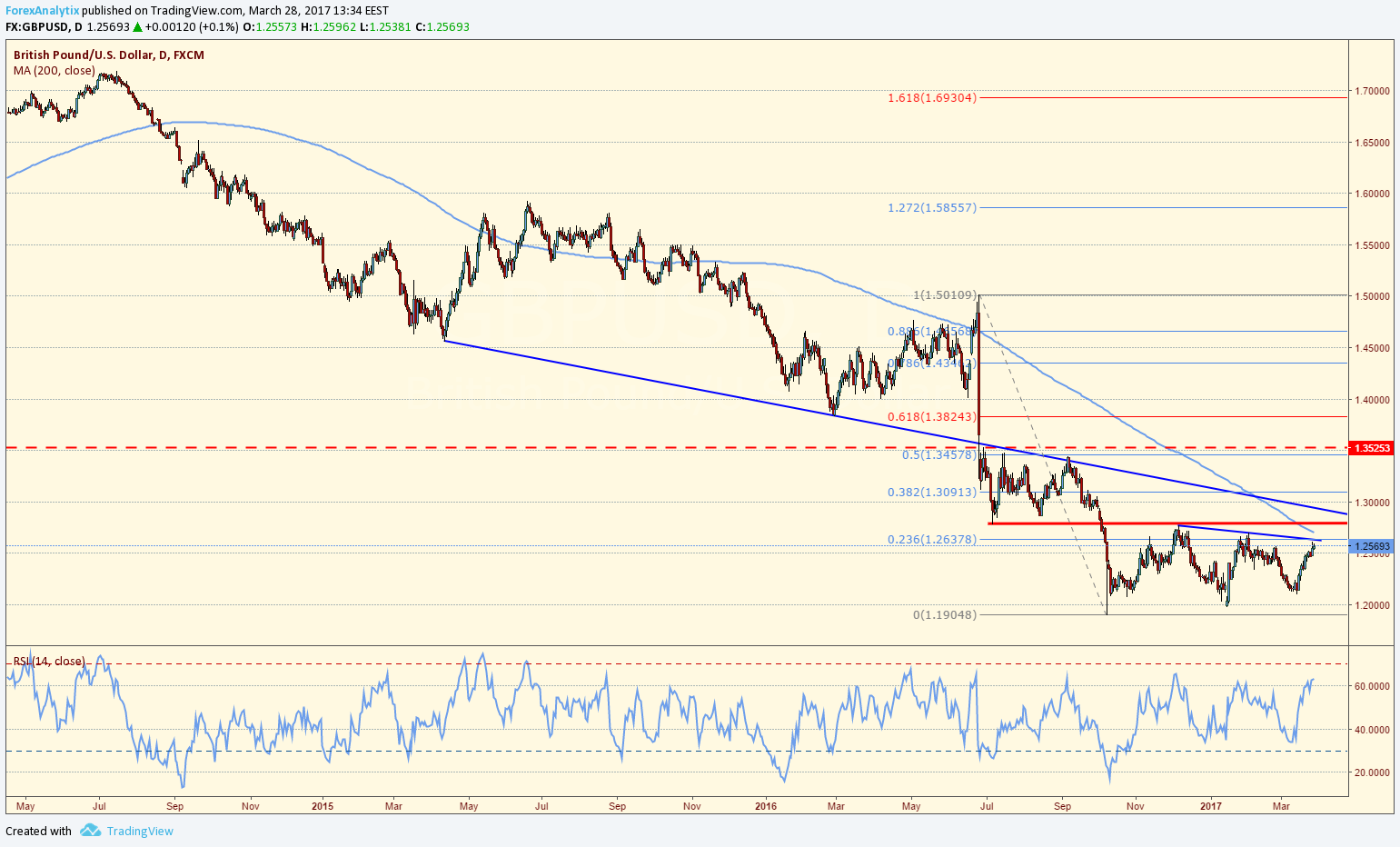 The GBP against the EUR and the JPY:

The EUR/GBP has a very distinct head and shoulder’s pattern, which neckline resides around .8400. At this time, the EUR/GBP probably will play best in a stronger GBP environment, however with the French elections only week’s away, you have to take this into account as well. 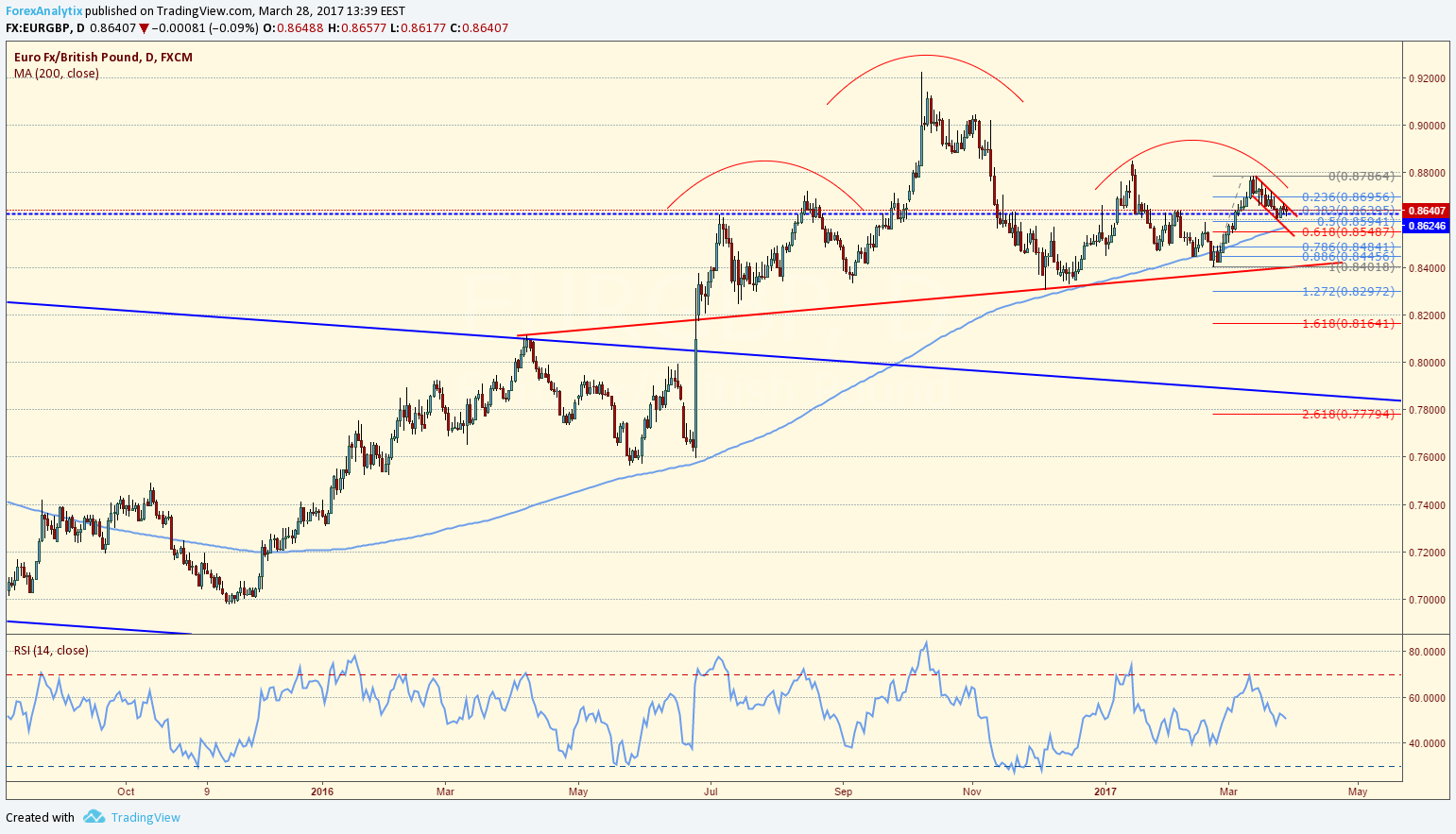 One of the currency pairs that would act well in a weak or strong GBP environment is the GBP/JPY. Notice how we are trading above the 200DMA but also below the daily trend line? A break above the trend line or below the 200DMA could be a very good trade in either environment. 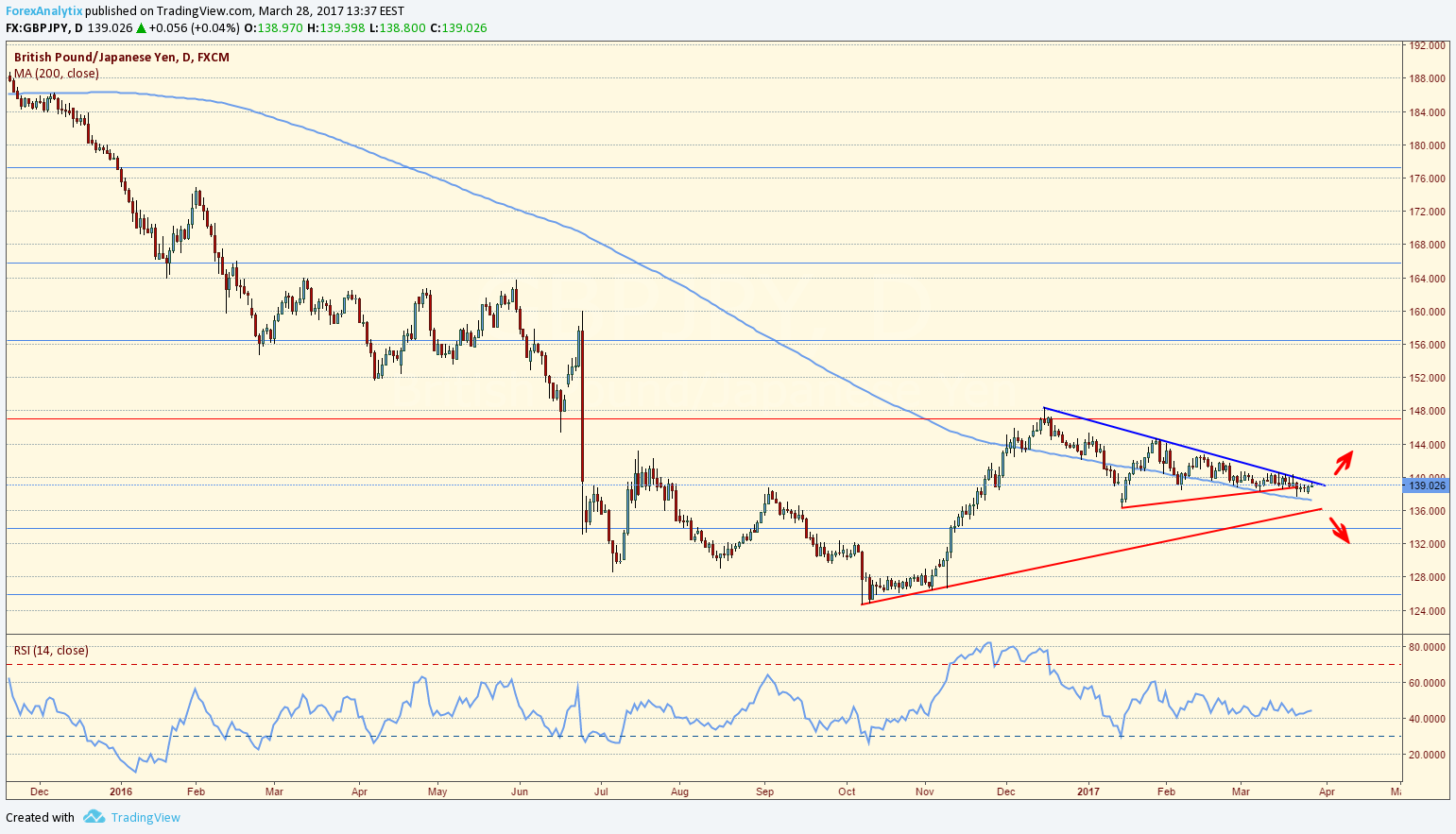 The GBP against the commodity currencies:

The GBP/NZD has been one of my favorite long trades in recent weeks after we rallied out of the triangle. This chart could be viewed as a triangle, some see it as a very large inverted head and shoulders pattern as well. Regardless, a break above 1.8000 could be a very bullish event for this pair in a strong GBP environment. 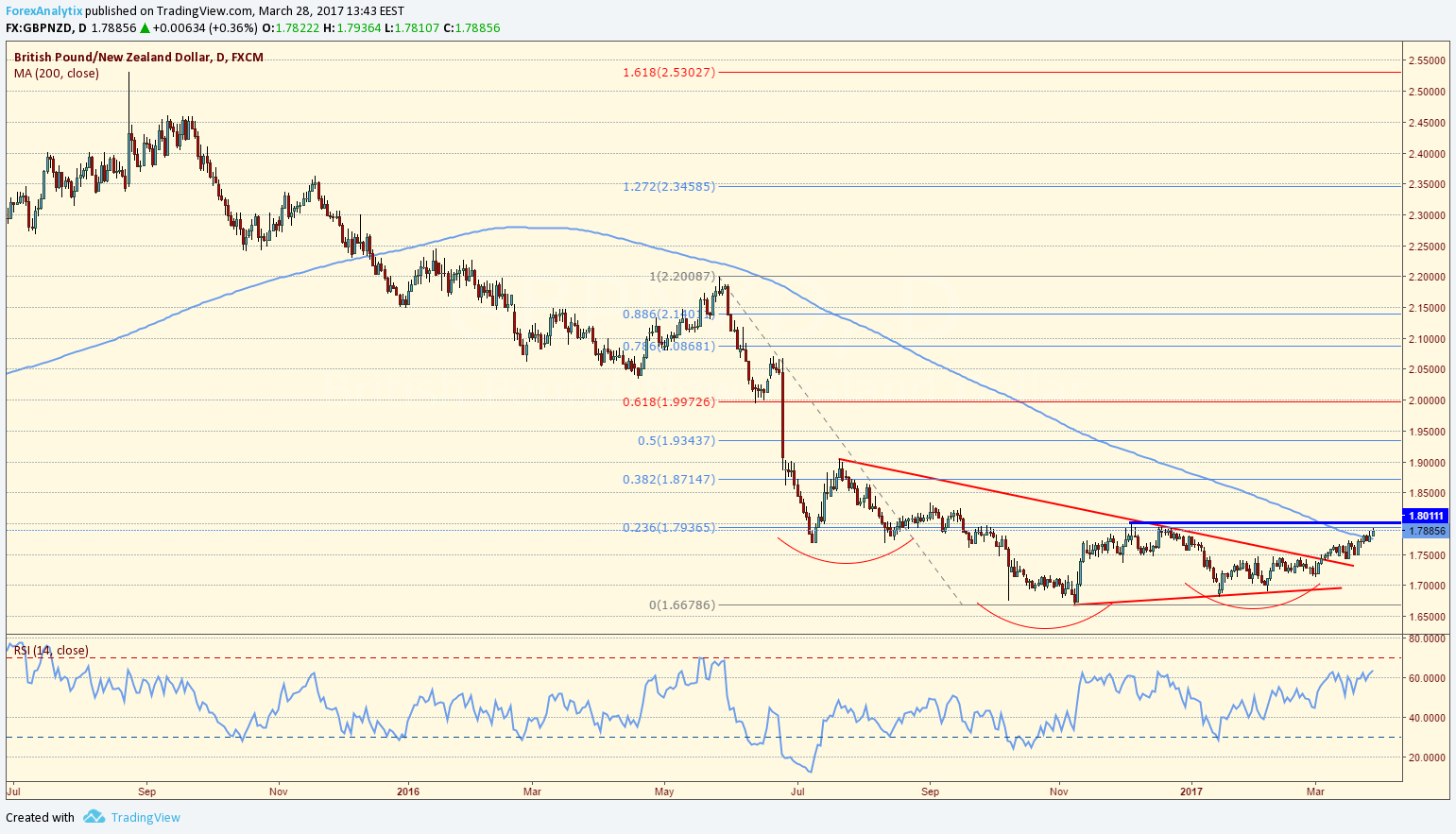 The GBP/AUD is at triangle resistance now, and could be set for a breakout in the event the GBP is well bid following Wednesday. The flipside is a possible failure at current levels could take us back to 1.6000. 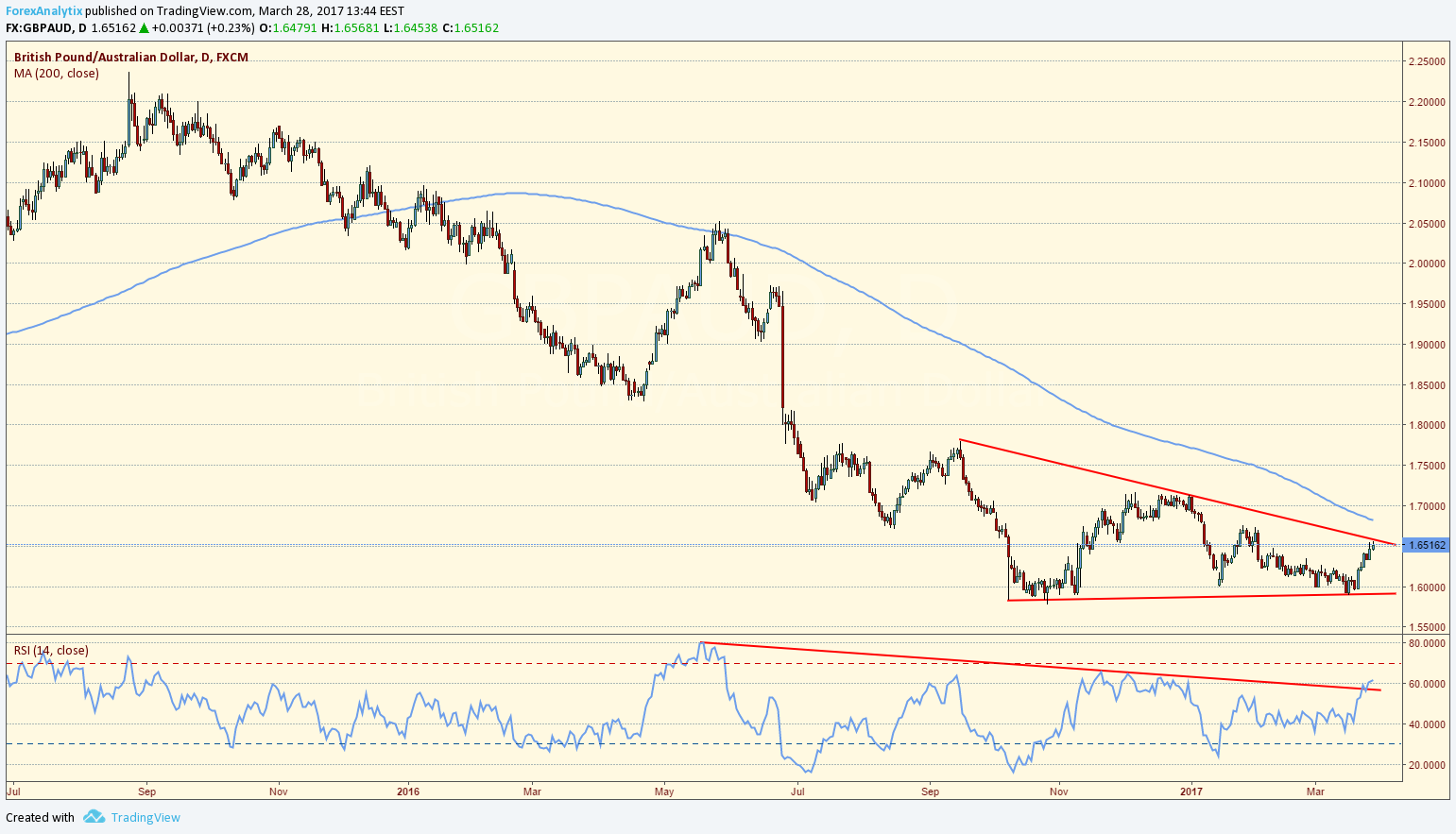 The GBP/CAD has already broke aggressively out of the triangle and is trading above the 200DMA. It may be one of the better selections if you are looking to trade in a strong GBP environment. In addition to the GBP, the CAD may be a little weaker with crude oil’s recent failures above $50 a barrel, which in turn has weighed on the CAD currency as well. Our minimum targets out of the triangle point towards the 1.7400 level.

As you can see, there are several opportunities to trade the GBP this week and different ways to trade it. So, no matter if the GBP does sell off or unexpectedly rallies following the trigger of Article 50, you should be better prepared now.

NZD technical picture turns down under!