The Elliott Wave Principle is a detailed description of how groups of people behave. It reveals that mass psychology swings from pessimism to optimism and back in a natural sequence, creating specific and measurable patterns.

Using the Elliott Wave Principle is an exercise in probability. An Elliottician is someone who is able to identify the markets structure and anticipate the most likely next move based on our position within those structures. By knowing the wave patterns, you’ll know what the markets are likely to do next and (sometimes most importantly) what they will not do next. By using the Elliott Wave Principle, you identify the highest probable moves with the least risk. 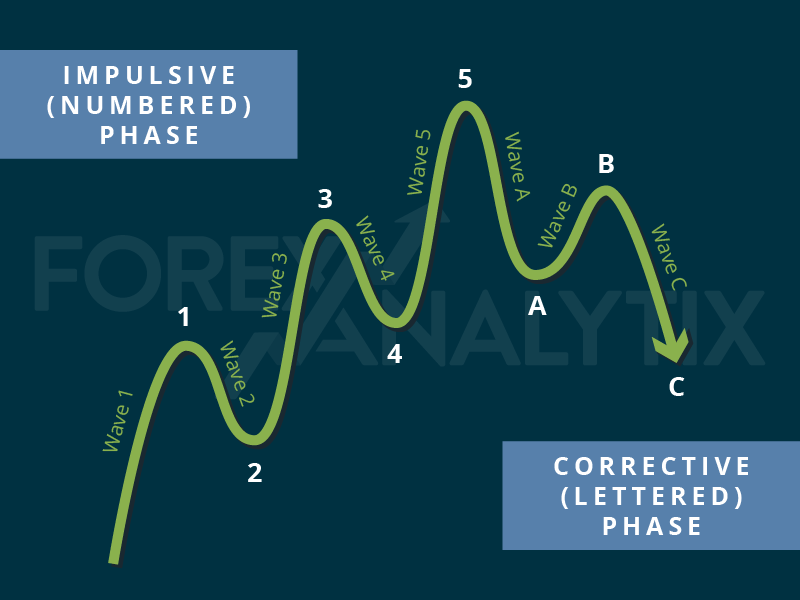 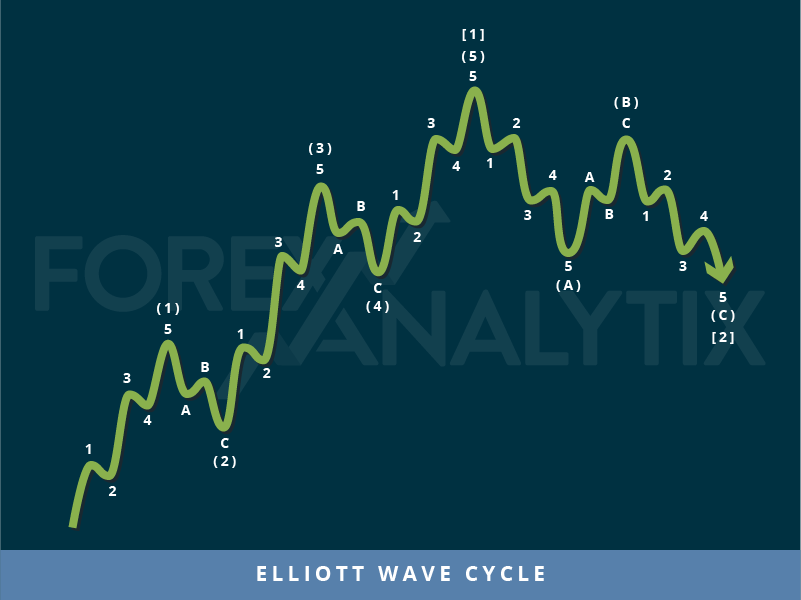 Waves (1), (2), (3), (4) and (5) together complete a larger impulsive sequence, labelled wave [1]. The impulsive structure of wave [1] tells us that the movement at the next larger degree of trend is also upward. It also warns us to expect a three-wave correction — in this case, a downtrend. That correction, wave [2], is then followed by waves [3], [4] and [5] to complete an impulsive sequence of the next larger degree, labelled as wave one. At that point, again, a three-wave correction of the same degree occurs, labelled as wave two.

We know two motive waves: impulse and diagonal triangle. Impulse is the most common motive wave.

Impulse wave is structured by five subwaves in the direction of a stronger trend. The picture below shows a five wave move to the upside, meaning that price is in uptrend. 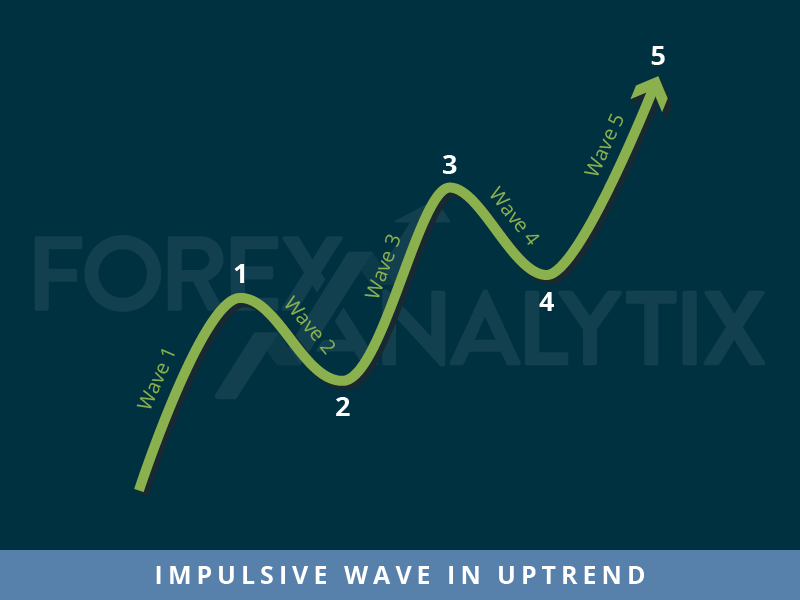 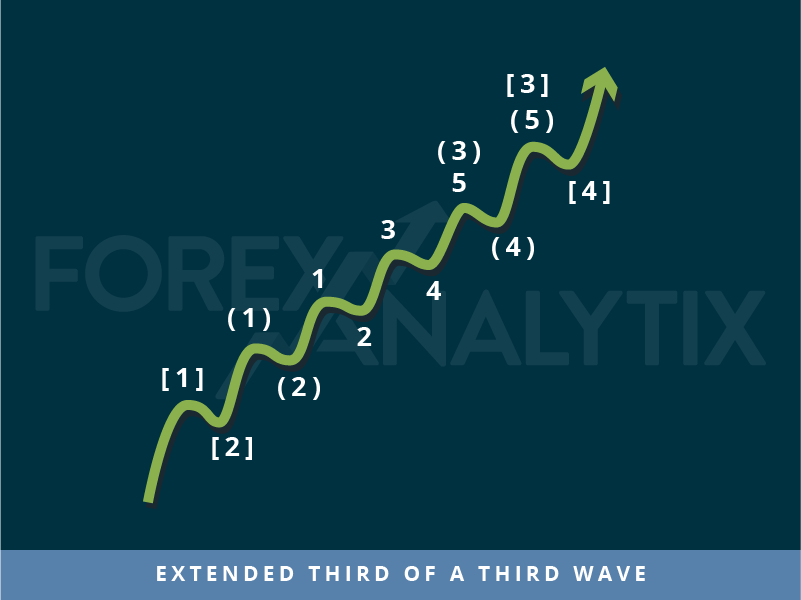 The fact that extension typically occurs in only one actionary subwave provides a useful guide to the expected lengths of upcoming waves. For instance, if the first and third waves are about equal length, the fifth wave will likely be a protracted surge. Conversely, if wave three extends, the fifth should be simply constructed and resemble wave one. In the market, the most commonly extended wave is wave 3. Picture below shows extended third of a third.

An ending diagonal is a special type of pattern that occurs at times when the preceding move has gone too far too fast, as Elliott put it. A very small percentage of ending diagonals appear in the C wave position of A-B- C formations. In double or triple threes, they appear only as the final “C” wave. In all cases, they are found at the termination points of larger patterns, indicating exhaustion of the larger movement. 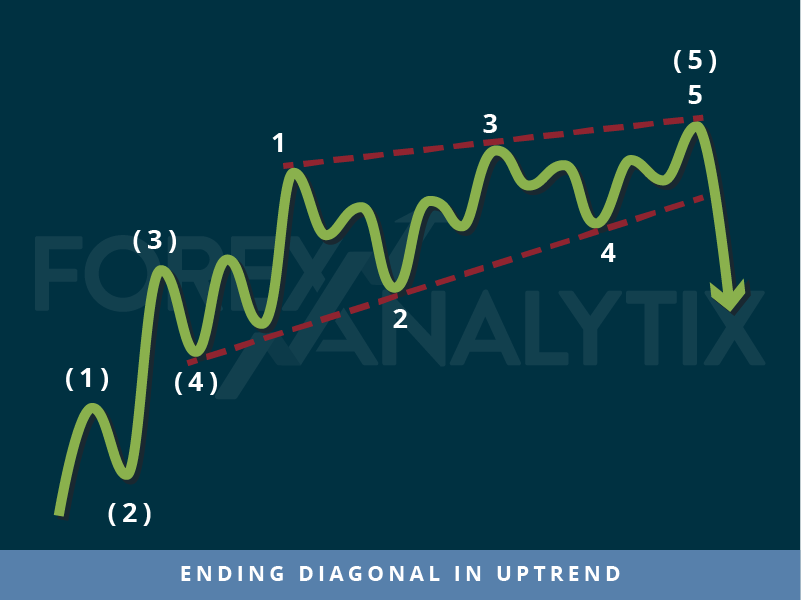 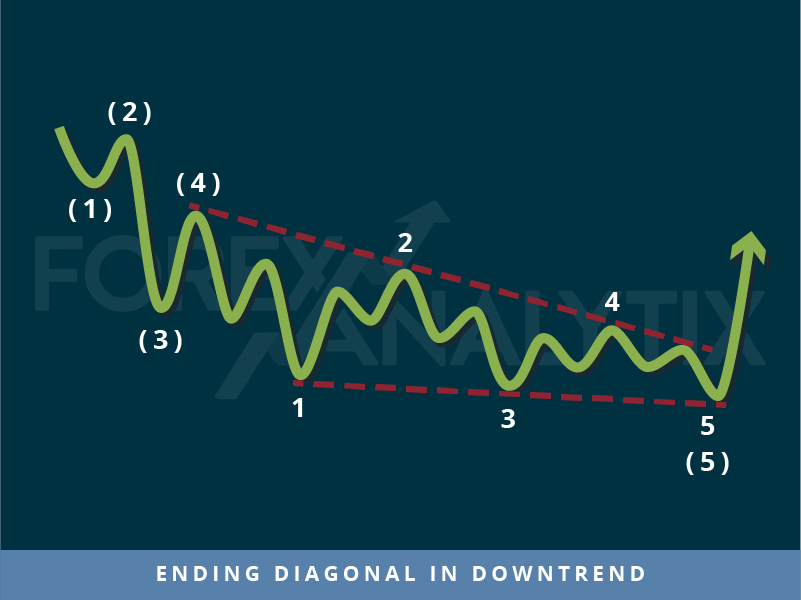 When diagonal triangles occur in the fifth or C wave position, they take the 3-3-3-3-3 shape that Elliott described. However, it has recently come to light that a variation on this pattern occasionally appears in the first wave position of impulses and in the A wave position of zigzags. The characteristic overlapping of waves one and four and the convergence of boundary lines into a wedge shape remain as in the ending diagonal triangle. However, the subdivisions are different, tracing out a 5-3-5-3-5 pattern. 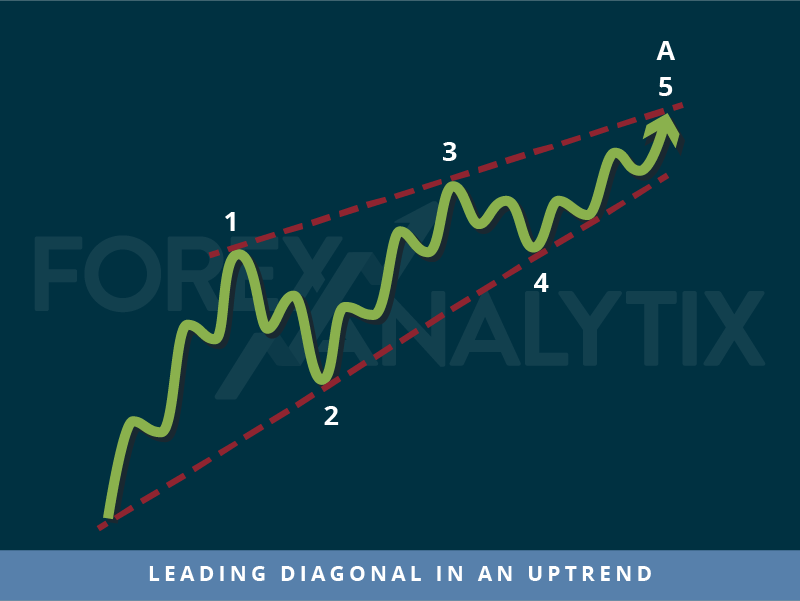 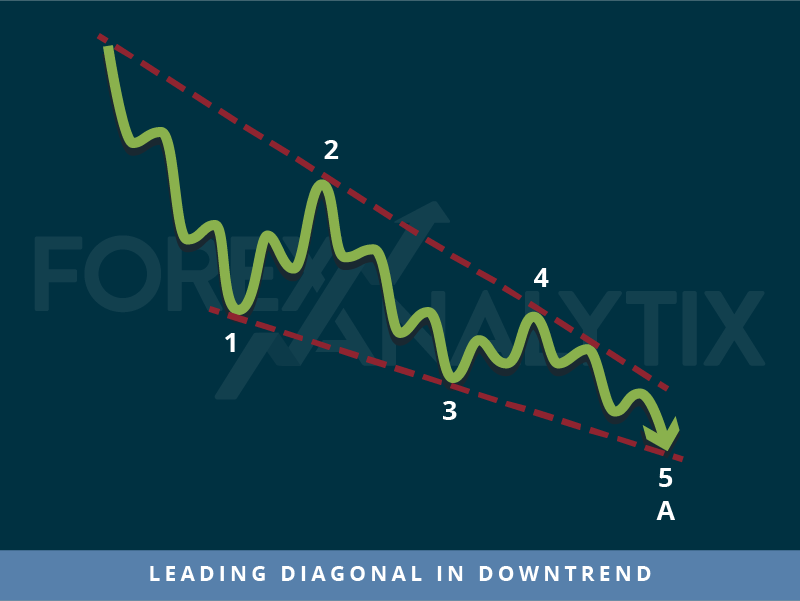 Corrective patterns are labeled with letters, and move against the larger trend.

A zig-zag is a 3-wave structure labeled A-B-C, generally moving counter to the larger trend. It is one of the most common corrective Elliott patterns. 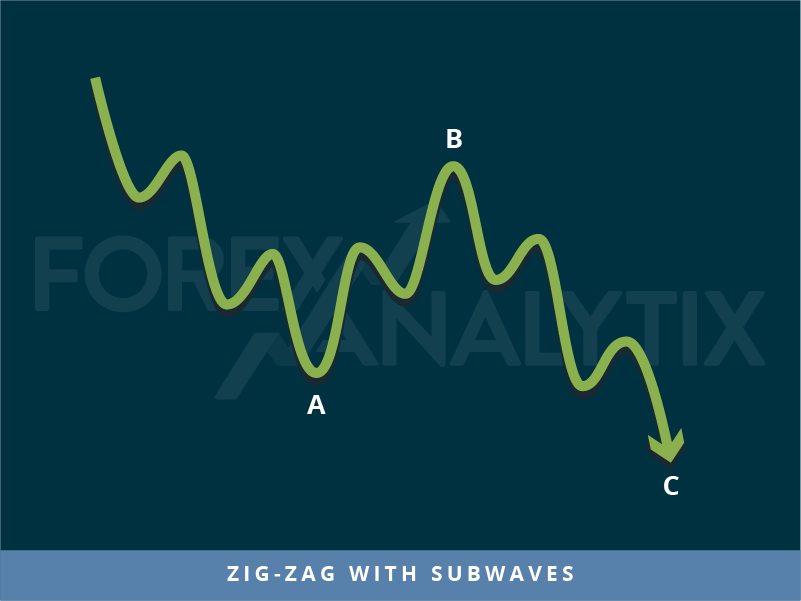 A Flat is a three-wave pattern labeled A-B-C that generally moves sideways. It is corrective, counter-trend and is a very common Elliott pattern. 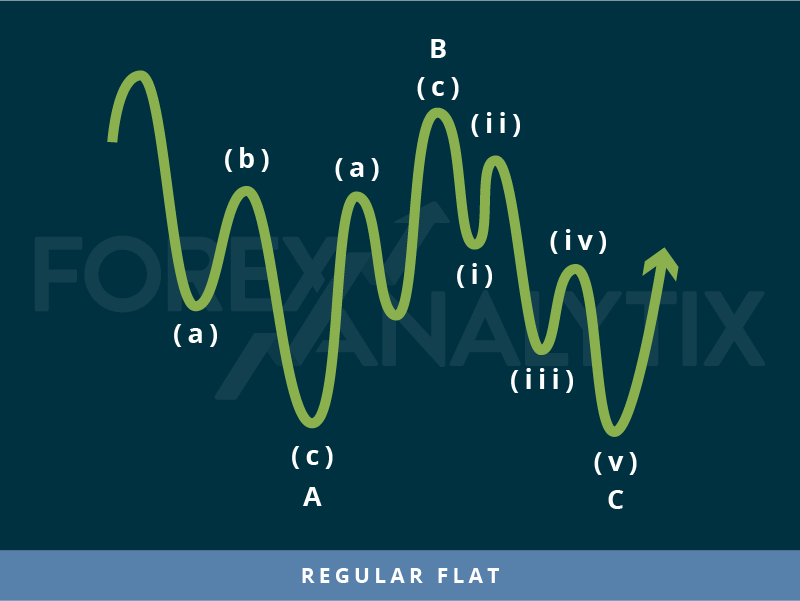 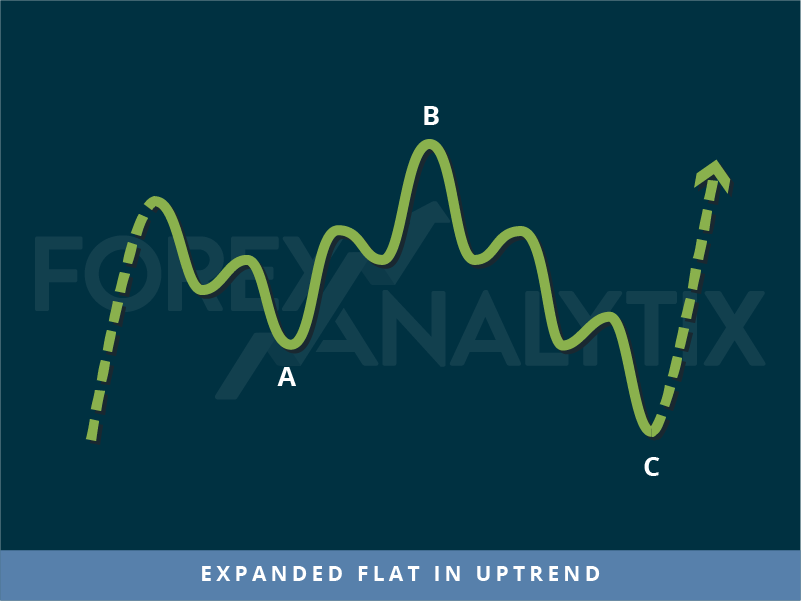 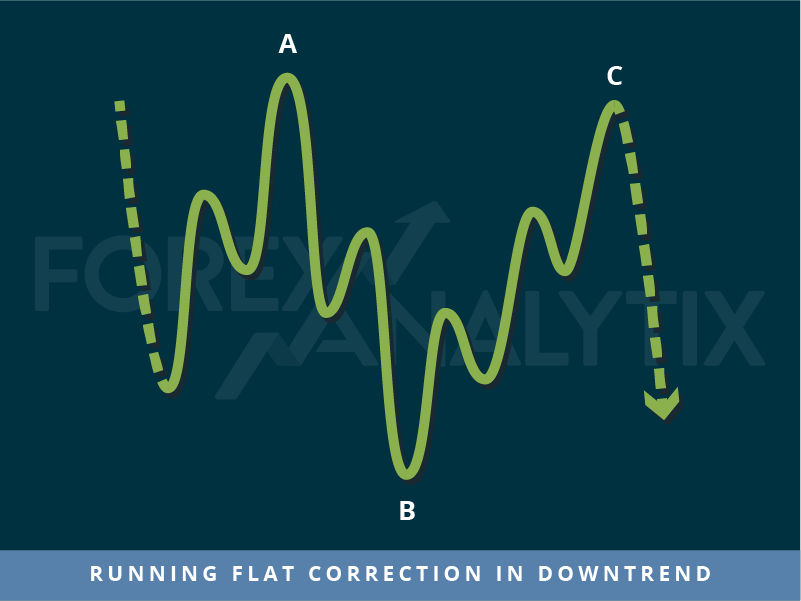 Elliott called sideways combinations of corrective patterns double threes and triple threes. While a single three is any zig-zag or flat, a triangle is an allowable final component of such combinations and in this context is called a three. A double or triple three, then, is a combination of simpler types of corrections, including the various types of zig-zags, flats and triangles. Their occurrence appears to be the flat correction’s way of extending sideways action. As with double and triple zig-zags, each simple corrective pattern is labeled W, Y and Z. The reactionary waves, labeled X, can take the shape of any corrective pattern but are most commonly zig-zags. Below is example of most common complex correction; a double zigzag. 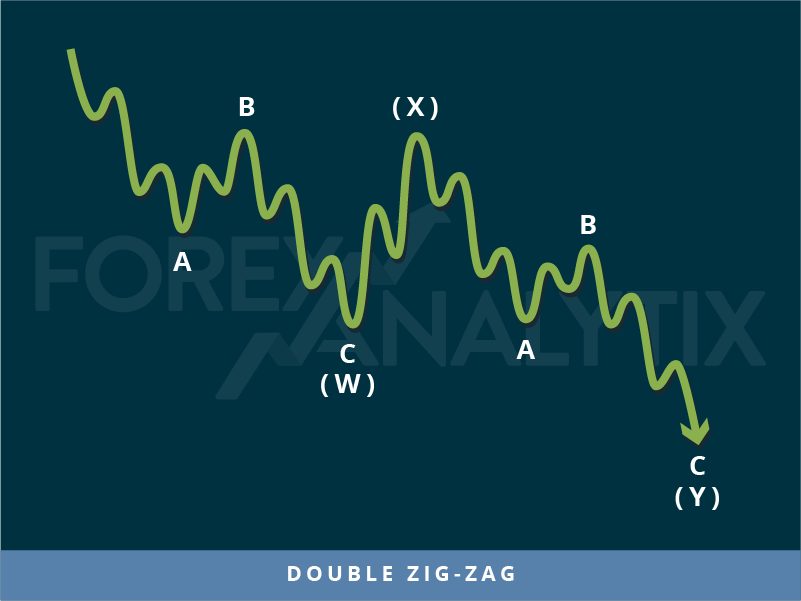 A Triangle is a common 5-wave pattern labeled A-B-C-D-E that moves counter-trend and is corrective in nature. Triangles move within two channel lines drawn from waves A to C, and from waves B to D. A Triangle is either contracting or expanding depending on whether the channel lines are converging or expanding. Triangles are overlapping five wave affairs that subdivide 3-3-3-3-3. 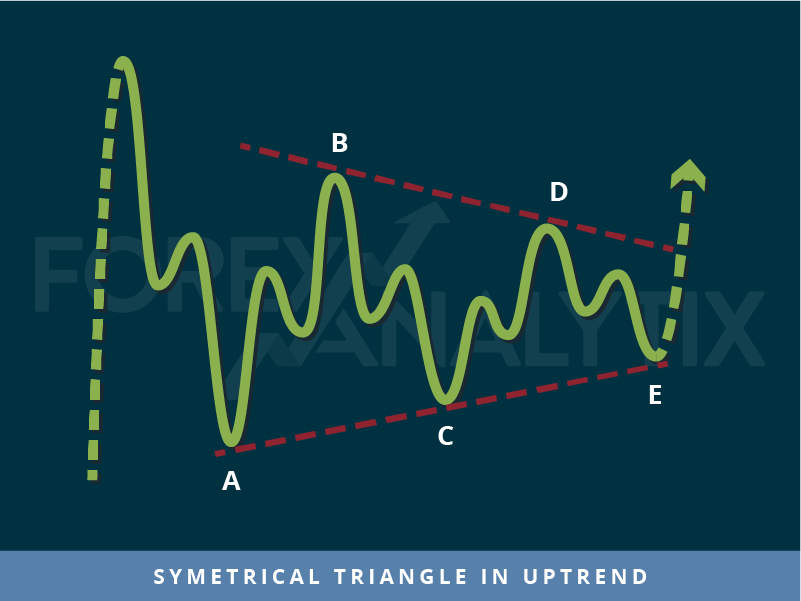 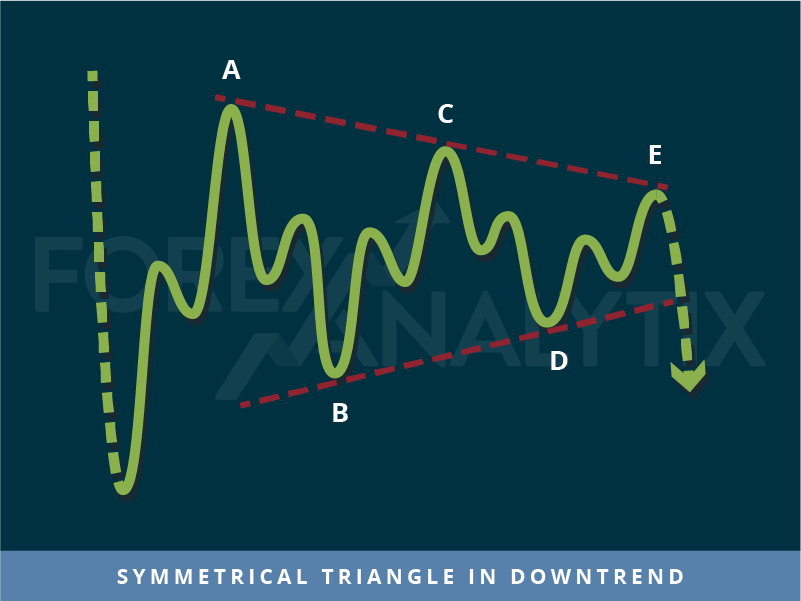 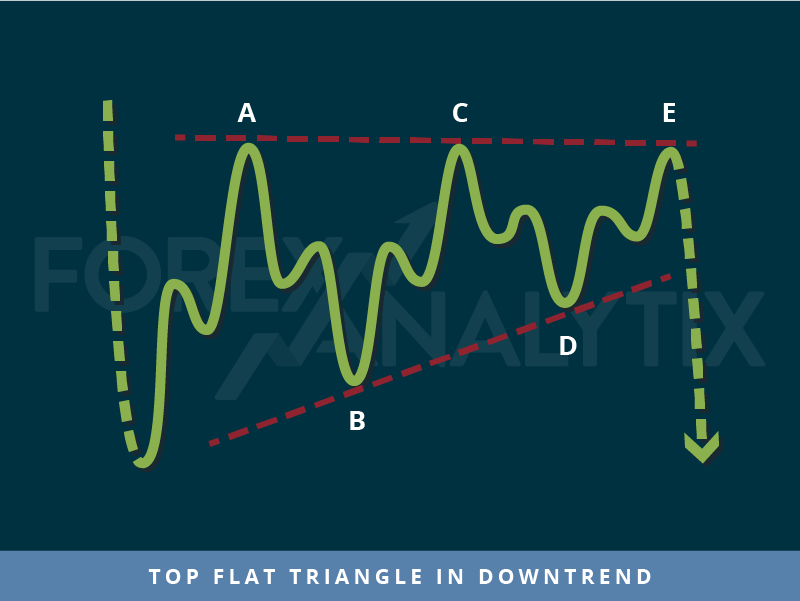 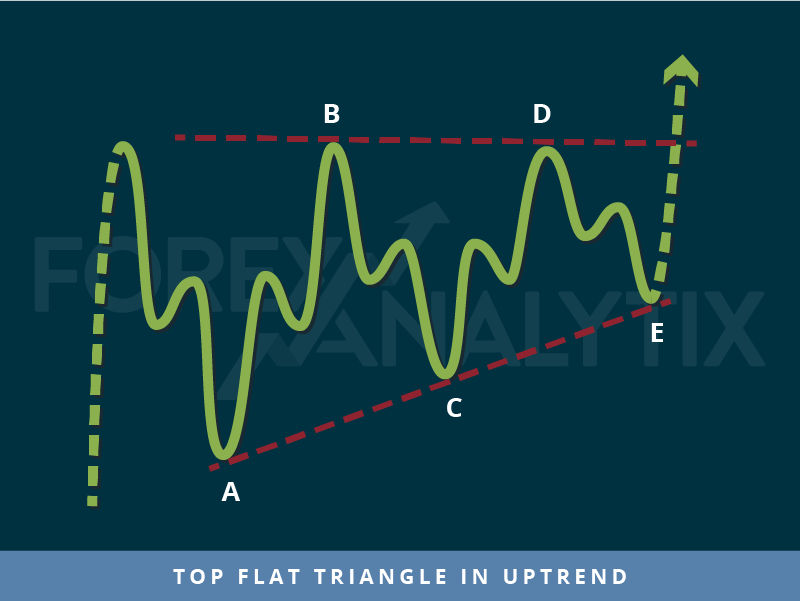