Gold is in a long term bullish pennant pattern.

Gold is consolidating it’s epic rally that took place this summer. We should note that pullbacks have been shallow as the RSI has moved back to mid range and “reset.” The 61.8% retracement of the end of July lows to August highs has contained the selloff thus far, but the more important support is at 1447 which is the 38% retracement of the pre rally lows from May to the August highs. That level is also the pennant bottom which could allow a good risk/reward for longs targeting the $1700+ levels that the pennant could yield. 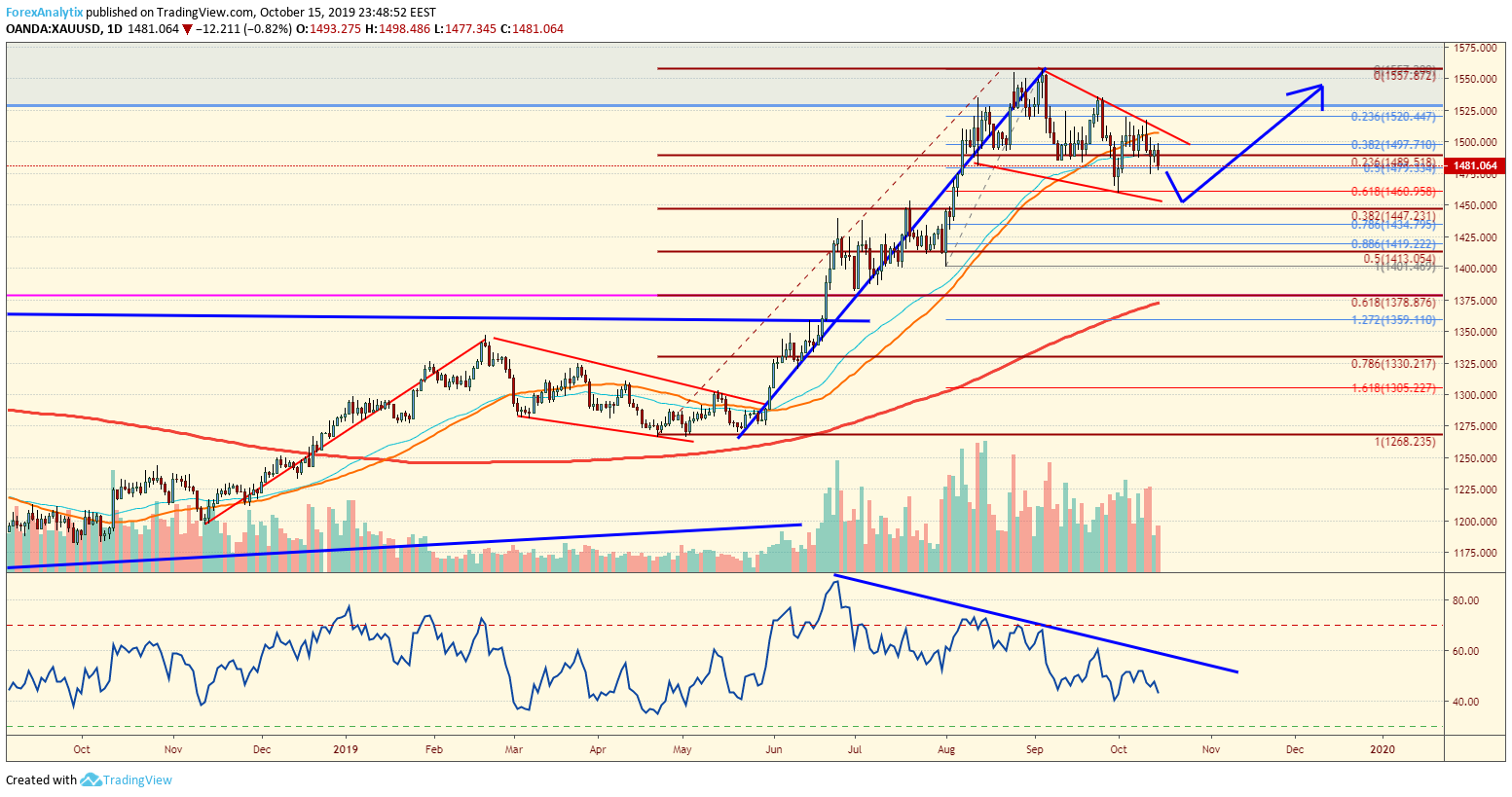